British Foreign Secretary Dominic Raab accused Iran of carrying out a “deliberate, targeted” assault that constituted “a clear violation of international law.” Of course, the Iranians have been doing this for four decades, but this time one of the victims of their two drone attacks in the Arabian sea last Thursday on MV Mercer Street, which is managed by an Israeli company, was a British citizen.

The Daily Mirror reported on Monday that “British commanders are drawing up plans for a UK special forces strike mission against an Iran-backed terror team which attacked an Israeli-operated tanker (Elite Brit forces plan kill or capture manhunt of Iran-backed terror team after attack).” In fact, “The Mirror has been told where the terror team is being targeted in the Middle East, although we have agreed not to reveal details of the joint UK-US mission.”


The Mirror has also been told that a large team of British special forces, “including SAS specialists and Special Boat Service commandos,” are already in the area and that a “kill or capture” manhunt involving several dozen British elite special forces is about to get started.

Also, a former British military intelligence officer told the Daily Mirror: “This has reached a tipping point where Iran’s actions can no longer be allowed to continue. British special forces have been concerned about hostage-taking on the high -seas for some time but are clearly going to take a more aggressive posture against Iran’s proxies.”

All fingers are pointing at Iran: the British and Romanian governments summoned the Iranian ambassadors to London and Bucharest on Monday to protest the attack; and Secretary of State Antony Blinken told reporters on Monday that the US, UK, Romania, and Israel are working on a collective response to the Iranian attack.

The UK Foreign Office issued a statement saying Iranian Ambassador Mohsen Baharvand was summoned by James Cleverly, minister of state for the Middle East and North Africa, and “Minister Cleverly reiterated that Iran must immediately cease actions that risk international peace and security, and reinforced that vessels must be allowed to navigate freely in accordance with international law.”

Prime Minister Boris Johnson, for his part, on Monday spoke angrily about how Iran must “face up to the consequences of what they have done” and called on them to “respect freedoms of navigation.” And The Sun quoted a Foreign Office insider who declared: “A British national was killed and we have to make clear there are certain lines that can’t be crossed.”

In response, the Iranian Nour news agency quoted a government official who warned the US and UK not to threaten Iran. “Any move against the interests and national security of Iran will face a tough and firm response, and Washington and London will be directly responsible for its consequences,” Nur reported.

The UK Foreign Secretary on Monday focused on enlisting the UN Security Council in condemning the Iranians – a move that will likely be met with a Russian and a Chinese veto.

According to The Sun, the UK, US, and Israel are considering a “range of options,” among which the most likely for now would be a cyber attack.

Earlier this week, the Kuwaiti daily Al-Jarida reported that The United States and Britain have given Israel the green light to retaliate against Iran’s attack on Mercer Street. The report further stated that the Israeli response is expected to be inside Iran’s territory and that three possible targets for the attack have already been selected: an Iranian port, most likely Bender Abbas port; Iranian ships off the coast; and an attack on the Iranian warship from which the UAVs were launched. 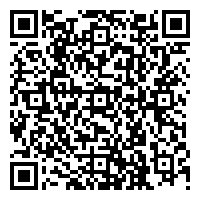