According to Reuters, citing diplomats, the UAE and China are asking the UN Security Council to meet, preferably this Thursday, to discuss the “recent developments at Al Aqsa Mosque compound in Jerusalem,” by which they mean that a Jewish politician on Tuesday dared to set foot on the Temple Mount, the holiest site for Jews.

With the UNSC condemnation, which will probably be vetoed by the US, even though the US, too, was unhappy with the Jew-on-the-hill thing. State Department Spokesperson Ned Price said on Tuesday: “We’re deeply concerned by any unilateral actions because they have the potential to exacerbate tensions, or worse. … It’s why we call for the preservation of the historic status quo.”

We’ll get to that a little later.

UAE officials informed Israel of the move, which came following an appeal by the PA and Jordan.

Saudi Arabia strongly condemned National Security Minister Itamar Ben Gvir’s visit to the compound. The Saudi Foreign Ministry issued a statement saying it was provocative action. It reiterated Saudi Arabia’s determination “to stand alongside Palestinian people and to support all efforts aimed at ending the Israeli occupation of Palestine.”

By the way, all the Arab media descriptions of Ben Gvir’s near-clandestine, 7:00 AM visit to an empty Temple Mount compound, claimed he “stormed” the place. Well, I’ve seen Ben Gvir storming places, and I can assure you, he did no storming Tuesday morning. He did a brisk walking, and he spoke decisively to someone’s smartphone, but there was no storming.

Here are some facts: General Assembly resolution 36/55, November 25, 1981, declares (Article 1:3): “Freedom to manifest one’s religion or belief may be subject only to such limitations as are prescribed by law and are necessary to protect public safety, order, health or morals or the fundamental rights and freedoms of others.”

To summarize: UN resolution 36/55 says no one can be discriminated against in their religious practice, and the only restriction of this right can be imposed by the legal authority to protect public safety, it stands to reason that the government minister who is in charge of public safety is allowed to decide whether his religious practice (in this case visiting the ancient site of his ancestors’ holy temples) constitutes a threat to said safety.

But the UNSC will go ahead and violate its own enlightened principles, essentially because they only trample the religious freedom of Jews, and, the other favorite argument, there are billions of Muslims out there, and if you make them mad, they’ll murder cartoonists in Paris and members of Parliament in the Netherlands, and behead dozens of Europeans and Americans on YouTube.

Hamas fired a rocket into Israel Tuesday night, but it landed in an open field inside the Gaza Strip. Gaza’s economy depends to a large extent on the 20,000 work permits Israel has issued Arab workers from the strip – it would take more than a brisk morning storming for Hamas to jeopardize it.

Obviously, Netanyahu’s government should use the same economic threat against its other detractors. Stop transferring the customs and taxes it collects on behalf of the Palestinian Authority, in retaliation for getting the UN General Assembly to take Israel to the ICC in the Hague. And block the water supply to Jordan as long as it continues to rile up the world against a Jew’s equal rights on the Temple Mount. Those are proportionate punishments that will assert Israel’s right on the land of our forefathers. But will Netanyahu do any of it? Highly unlikely.

The next and final part is the most difficult: remember what we were told by Ben Gvir and Bezalel Smotrich about establishing a “full right” coalition government? They promised us that by standing to the right of Netanyahu, they’d make sure he steers the ship of state where it should go by rights.

Folks, Netanyahu doesn’t have a choice at this point. If he dissolves this government over deeply-held national sentiments, he’ll never get to 32 mandates in a new election. If he kicks out the right-wing factions and replaces them with Gantz et al, his new partners would happily usher him to jail. He is stuck with us, and this is not the time to give him a break – Jewish permanent presence on the Temple Mount must be secured.

Most importantly: Do not be afraid. Remember what God said to Moshe:

See, your God has placed the land at your disposal. Go up, take possession, as the God of your fathers promised you. Fear not and be not dismayed. (Deuteronomy 1:21) 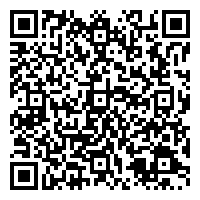