U.S. Ambassador to the United Nations Nikki Haley arrives in Israel on Wednesday for a three-day visit during which she is slated to visit the Old City of Jerusalem, among numerous other stops on her itinerary.

This will be the first visit to the country for Haley — one of the most passionately committed supporters of Israel in the Trump administration — since her appointment as ambassador.


“We’re happy to host in our country a true friend of Israel,” said Israeli UN ambassador, Danny Danon, who will accompany Haley through most of her visit. “Haley has been standing with Israel for many years now, and especially since she arrived at the UN. Her important visit is an opportunity to present to her our country and the joint challenges that stand before us.”

The former South Carolina governor is a deeply religious Christian who respects all three Abrahamic faiths, and who told the Christian Broadcasting Network last month in an interview that she personally believes the Western Wall is part of Israel and should be regarded as such in terms of America’s foreign policy.

Haley is scheduled to meet with Prime Minister Benjamin Netanyahu and President Reuven Rivlin during her visit as well as with top officials from the Palestinian Authority, including PA leader Mahmoud Abbas.

In addition, Haley is also expected to visit the Yad Vashem Holocaust Memorial Museum in Jerusalem, make a quick trip to Tel Aviv, and hop in a helicopter for a security and military briefing with a flight to tour Israel’s northern border with Lebanon and Syria. 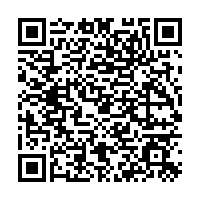