The American Zionist Movement (AZM), the American federation of Zionist groups and individuals affiliated with the World Zionist Organization this week launched the American Zionist Shabbat initiative and sourcebook which celebrates major Zionist milestones over the period of each Shabbat from Parshiot Lech Lecha to Vayishlach (October 28, 2017 through December 2, 2017).

These weeks coincide with the Shabbat preceding the Centennial of the Balfour Declaration issued on November 2, 1917 until the Shabbat after the commemoration of 70 years since the United Nations Partition Resolution adoption which occurred on November 29, 1947 (8 Cheshvan- 14 Kislev 5778).


The material is available here.

AZM launched the initiative as a means of achieving greater dialogue within American Jewry on the significance of Zionism and its continuing relevance to the Jewish people and community, the organization said in a release to media.

The materials and program are being distributed to community rabbis to facilitate discussions about Zionism in their sermons and writings; to assist day schools, yeshivot and Hebrew schools in connecting their students to Zionism via the weekly Torah readings; and to assist congregations, community organizations and Jewish institutions with sharing materials and encouraging programs and discussions on Zionism.

“This week in Lech Lecha we learn that the first commandment given to a Jew relates to Israel and Zionism. Indeed, Zionism and Judaism are inseparable and we need to ensure that all Jews who are celebrating Shabbat around the world incorporate our common love for Israel – the land, the people and the culture – in the spirit of the unity of the Jewish people,” said Richard D. Heideman, President of the AZM.

“Unfortunately, for some, Zionism has become a dirty word and idea,” he continued. “However, if Zionism is a dirty word then Judaism must be likewise, because all of our Jewish sources, tradition and culture revolve around Israel, it is impossible to separate one from the other.

“We are working to ensure that the reestablishment of Jewish sovereignty in our national, ancestral and indigenous homeland becomes a central part of the lives of all Jews, in Israel and throughout the Diaspora.”

“Shabbat is a time when Jews come together,” said Herbert Block, Executive Director of the AZM, adding that the organization hopes a Zionist Shabbat will united diverse supporters of Israel around the same “Shabbat table” to discuss why Zionism is so important for “our Land and People.”

Israeli Ambassador to the United States Ron Dermer will address a Congressional luncheon at the upcoming AZM National Conference in Washington on November 15-17, where The Balfour Gala will celebrate one hundred years since the Balfour Declaration.

In addition, there will be a session — “Zionism Across the Spectrum” — involving discussion among among rabbis from across the religious spectrum to consider the themes of the American Zionist Shabbat. Details of that session and others to be announced shortly can be seen on the conference website by clicking here.

The American Zionist Movement (AZM) includes 25 national Jewish organizations and represents American Zionists in the World Zionist Organization, working across a broad ideological, political and religious spectrum to link the American Jewish community together in support of Israel, Zionism and the Jewish People. 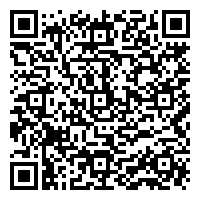