Israel denied Tuesday morning that it has agreed to large-scale concession to Hamas and stated that no final agreement has been reached.

Egypt announced shortly before midnight Monday that the five-day cease-fire is being extended for another 24 hours.


Palestinian Authority chairman Mahmoud Abbas traveled to Qatar Monday to talk with Hamas’ top dog Khaled Mashaal at almost the same time Israeli security officials announced they busted a Hamas plot to carry out terrorist attacks from Judea, Samaria and eastern Jerusalem and then stage a coup to oust Abbas from power in Ramallah.

Palestinian Authority and Egyptian sources managed to convince media Monday night that a final agreement was in the works. Shortly before the five-day cease-fire was to expire, Hamas, as usual, denied that there was an agreement and blamed Israel for the failure to come to terms for a longer-term truce.

The 24-hour extension indicates that all sides are close to agreeing to the main points of a longer-term truce.

One thing that is for sure is that the truce will be dangerous for all sides, including Abbas but except for Hamas.

Abbas wants to exploit the unity government with Hamas to promote his aim of peacefully doing away with Israel piece by piece. His problem is that Hamas wants to get rid of Abbas, not through peace and not piece by piece.

Israel wants peace and quiet for its citizens and has surrendered its previous condition for peace that Hamas, Islamic Jihad and other terrorists must surrender their weapons before any agreement can be made.

They apparently figure that the heavy bombing of terrorist targets in Gaza during the war was enough to keep Gaza terrorists in their place, even if they hold onto their rockets, anti-tank missiles and other advanced weapons that include anti-aircraft missiles that can take down a commercial airline.

Israel reportedly has promised Hamas that the permitted fishing zone will be doubled to six nautical miles and that border crossings on land will be opened. Contrary to the libel of the “siege,” Israel has operated the Kerem Shalom crossing on a daily basis except when Hamas rocket fire endangered security personnel and truck drivers.

Egypt also has agreed to keep open the crossing at the Rafah border.

Israel was said to have  nodded its head in approval to allow Hamas to build and operate a deep-sea port and to resume delivery of “dual-purpose” materials, such as cement, which was used to build tunnels for terror. International supervisors would make sure the dual-purpose materials are earmarked for peaceful purposes, but once Hamas gets its hands on the cement, or fertilizer that can be used for explosives, it is nearly impossible to keep track.

Israel’s denial on Tuesday of the concessions was not official and was attributed to “sources,” leaving open the possibility that negotiators from Jerusalem indeed agreed to concessions but then changed their minds after Hamas balked. Alternatively, Israel simply may have been holding its cards close to the chest to see if Hamas is willing to stop its usual game of agreeing in private and then undermining the agreement by going public with more demands.

Enter Mahmud Abbas, whose security forces are supposed to be deployed in Gaza to maintain peace, if Hamas agrees.

Hamas is a threat to Abbas as well as it is to Egypt and Israel. The Israel Security Agency (Shin Bet) revealed on Monday that it busted a huge Hamas terrorist network that had been set up in eastern Jerusalem, Judea and Samaria to stage terrorist attacks on Israelis and de-stabilize the Palestinian Authority to pave the way to oust Abbas and replace him with Hamas leader Mohammed Deif.

Abbas, in a gross understatement Tuesday, said that the plot is “serious.” He is learning, as Israel knows, that playing cards with Hamas is harmful to his life.

Everyone has a lot to lose with the truce agreement that is taking shape. Hamas would lose control of Gaza but regain a new lease on life. Egypt and Israel would lose the opportunity for the time being, to wipe Hamas off the face of the earth. Abbas would face the threat of a rejuvenated Hamas undermining his position of power. 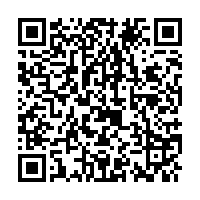