At least 18 people were killed Wednesday in a powerful car bombing that local sources said was carried out by two suicide bombers in Quneitra province in southern Syria near Israel’s northern border.


According to the UK-based Syrian Observatory for Human Rights, among the dead was the commander of the moderate Syrian Revolutionaries Front, Abu Hamza al-Naimi.

The bomb exploded while a group of the commanders were meeting in the village of Asheh, not far from the sole Syrian crossing with Israel.

The targeted group was meeting at a base belonging to Jabhat Thuwar Souria, a faction in the U.S.-backed Free Syrian Army (FSA).

According to Suhaib al-Ruhail, a spokesperson for Al-Wiyat al-Furqan, the attack was “most likely” carried out by “Da’esh sleeper cells” (ISIS). The Al-Wiyat al-Furgan Islamist group operates in the Quneitra province, close to the Syrian-Israeli border.

Issam al-Rayyes, spokesperson for FSA’s Southern Front, said it was not clear who was behind the attack. 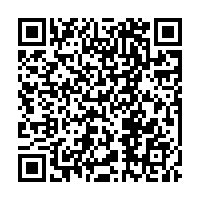