MK Rabbi Yisrael Eichler (UTJ) told the Knesset plenum on Wednesday that the only way for the IDF to be able to perform its security missions without becoming hopelessly mired in the political and sociological turmoil of Israeli society is to cancel the compulsory draft for men and women and to turn the IDF into a professional military, detached from all civilian influences, left, right and middle.

Eichler was referring to the recent, scandalous IDF order for all soldiers (with very few exceptions) to shave their beards. He argued the decree was not rooted in some general’s wish to emulate the US military (although IDF spokesperson Brigadier General Motti Almoz did tell reporters, “Yesterday I visited a combined exercise with the US Army, and not one of their soldiers wore a beard, while on our side almost everyone does. We need to take care of that.”). Eichler argued that the decree, which was rescinded in response to furious attacks from the religious coalition partners who take their beards very seriously — that decree was rooted in the constant, irrational fear and loathing of religion which is so prevalent among secular Israelis, according to Eichler.


When the “Ashkenazi hegemony” in Tel Aviv and the kibbutzim hears that IDF soldiers sang during the 2014 Gaza war, “We have no one to rely on but our Father in Heaven,” they start to worry that the army some day will no longer be under their control, Eichler told the Knesset. A bearded soldier to them is no better than an ISIS, or in the best case a Jabhat al Nusra warrior, so that every additional Jewish-looking man in uniform represents to them another step towards the inevitable end of secular Zionism.

Eichler attributed to this growing sense of secular angst the recent decision to remove the teaching of “Jewish Awareness” from the control of the chief military rabbinate, where it had belonged for decades, and deposit it in the hands of the Reform movement, via the secular hands of the Education Corps.

This angst has nowhere to go but up, argued MK Eichler; the more religious soldiers enter the military, the more covered heads one spots in the ranks of third, second and now first tier commanding officers. “This is not the Israeli Army we’ve known. Bearded soldiers can’t be well organized soldiers. Religious soldiers who obey the rabbis endanger military discipline,” he mocked the concerns often heard from leftwing Israelis in the media.

“There is a way to end this sense of danger,” said Eichler. “We must end the compulsory draft for men and women, regardless of faith or race. The Army shouldn’t be obliged to recruit people whose loyalty it does not trust.”

In Eichler’s view, the problem with the compulsive IDF service is that it was conceived as part of the melting pot to reeducate the Jewish people and transform it into a nation without religion. That was the historic schism between the Zionist movement and the ultra-Orthdox, and the split between the two Orthodox movements of Aguda (ultra) and Mizrachi (modern). It all began in the 1899 Third Zionist Congress in Basle, Switzerland, said Eichler, when the secular Zionists declared that the Jewish nation needed to be re-educated and that they, the secular Zionists, would be doing the re-educating.

That evil spirit of the third congress continued to blow through the ages, finding its most relentless expression in David Ben Gurion, who envisioned the IDF as a transformational force, with a young Jewish man and woman going in with their original attributes — culture, ethnicity, faith — and emerging as homogenous Israelis. In retrospect, we can appreciate today the nightmarish qualities of Ben Gurion’s dream, which kept the ultra-Orthodox well outside Israel’s body politic for 19 years, until the Six Day War began an irreversible course of bringing Israelis back to their numerous Jewish roots.

Eichler presented several additional arguments for a professional military: a technologically savvy army requires far fewer recruits, freeing up funds to push those who do get in to greater excellence. He also cited studies that show how every failure of the IDF can be traced back to soldiers and officers who just weren’t army material. “Every good soldier carries on his back a burden of ten needless soldiers,” Eichler stated, adding that the army is hiding from the public how many billions of dollars must be spent annually to keep thousands of recruits who contribute nothing because of their lack of professionalism and their being unfit for the demands of a modern army.

Only if ultra-Orthodox soldiers are recruited not because they must obey the draft, but because they offer a set of skills the Army requires, would the IDF and secular Israelis be able to let go of their fear of a burgeoning Jewish ISIS, and the Haredi side abandon their fear of losing their boys to the secular melting pot. Only then, Eichler concluded, “would both sides be able to coexist peacefully on this one land of Israel.” 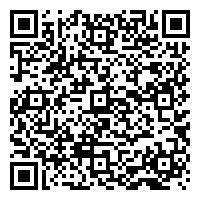