They brutally murdered Rabbis Calman Levin, Moshe Twersky, Avraham Shumel Goldberg and Aryeh Kopinsky, and Druze police officer Zidan Saif. Muhammed Naif El-Ja’abis is the murderer of Avraham Waltz, and is responsible for injuring seven others in a bulldozer terror attack in Jerusalem on August 04, 2014.

El-Ja’abis drove a bulldozer out of a construction site onto a main street in the capital that day. He deliberately struck and ran over pedestrians before ramming the tractor into a public bus, overturning it and continued the heinous attack by hitting it repeatedly. On October 29, 2014, Muatez Ibrahim Halil Hijazi (whose home has been sealed off) attempted to assassinate Rabbi Yehuda Glick.

Glick was about to leave the Menachem Begin Heritage Center after a speaking engagement when Hijazi approached him, shooting four times and fleeing the scene after first speaking with Glick to ensure his identity.

“The IDF will continue to act on orders from the government, while cooperating with other security bodies, and will not hesitate to take all legal steps at its disposal to harm terrorists and the elements that support them, to deter them from carrying out further attacks,” the IDF said in a statement.

Hijazi was tracked down and killed within hours after the attack in a gun battle with special forces on the roof of his home in Abu Tor, east Jerusalem. 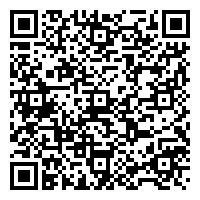