On October 23, 1983, a truck packed with 12,000 pounds of explosives was driven by two Hezbollah terrorists into the barracks of US and French peacekeepers stationed with the United Nations Multinational Force in Lebanon, at Beirut International Airport.

It’s been 36 years since that Iranian-backed attack on the US Marines in Beirut. Lance Corporal Eddie DiFranco, the guard on duty and the only one to see the bomber, later said the bomber looked straight at him and smiled; and as soon as DiFranco saw the truck, he knew what was about to happen.

“The truck set off the largest non-nuclear explosion on Earth since the Second World War,” he said. It was the largest loss of US military life in a single incident since Iwo Jima.

In a statement marking the anniversary of the deadly event, Secretary of State Mike Pompeo said, “Thirty-six years ago today two Iranian-backed Hezbollah suicide bombers drove trucks into buildings housing US and French peacekeepers from the Multinational Force in Lebanon at Beirut International Airport.

“We grieve for those 220 US Marines, 18 sailors, and three soldiers murdered that day. Today, we remember their sacrifice and the tremendous loss suffered by their families, friends, and partners.

“Our outrage over this despicable act of terrorism perpetrated on those patriotic men and women remains as deep as ever.” 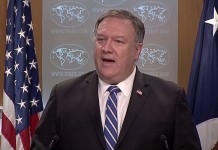 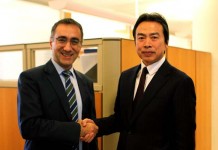 Pompeo: If ICC Prosecutes Israel ‘We Will Exact Consequences’ 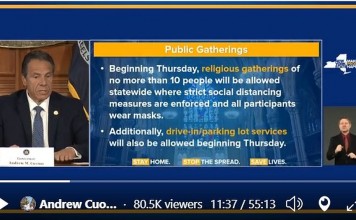 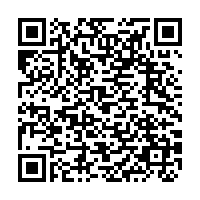