IDF Spokesman Lt. Col. Peter Lerner said in a statement: ”The IDF remains committed to the stability of the region and operated in order to bring quiet to the people of southern Israel. When terrorists in Hamas’ Gaza Strip, driven by a radical agenda based on hatred, attack people in the middle of the summer vacation, their intentions are clear- to inflict pain, cause fear and to terrorize.”


According to Ma’an, the IDF fired missiles into the northern Gaza Strip town of Beit Hanoun on Sunday afternoon and evening, injuring at least five Arabs. Reports of an air raid over Beit Hanoun emerged at around 10:30 PM, with IAF shelling. Earlier in the day, a spokesman for the Ministry of Health in the Gaza Strip announced that a young Arab man in his twenties was injured as a result of an Israeli artillery shelling targeting a military training ground in Beit Hanoun near the Erez crossing. Local sources later told Ma’an that two other Arabs were also injured, though the details remained unclear.

An Israel air force plane was used to strike the first target, while an Israeli army tank was used to attack the second.

Eyewitnesses told Ma’an that a rocket fired by an Israeli drone hit a water reservoir and another shell landed in an open area in Beit Hanoun. The Hamas “Palestinian Information Center” reported that a “Palestinian citizen was injured in the face” by shrapnel of an artillery shell. The report quoted local sources as saying that Israeli tanks fired three shells at an agricultural land in the al-Masriyyin neighborhood in Beit Hanoun. Furthermore, the report said Israeli artillery shells landed in the Filistin training ground which Hamas fighters use for military training.

All of the above were signals from Israel’s new Defense Minister Avigdor Liberman (Yisrael Beiteinu) that the old “proportionate” retaliation policy whereby a volley of rockets from Gaza that fall mostly in empty fields in Israel is met with a lazy IAF attack, several hours later, against terrorist facilities that had been cleared of their inhabitants well in advance — all that is over.

Liberman is changing the rules in Gaza, and it appears that from now on, a provocation, no matter how small, will be met with a fierce and destructive reaction—last night’s attacks hit some 50 targets—that might change the calculus on the other side as well.

One side benefit of the IAF and tank attacks Sunday was that Abu Obeida, the spokesman for Hamas’ military wing who was supposed to give a watershed announcement on his group’s policy, canceled his planned speech for security reasons. 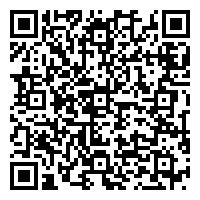