Following a year-long negotiation, Israel and the Palestinian Authority on Tuesday signed an outline for the resolution of the latter’s debt to the Israel Electric Company as well as the reorganization of the PA energy market. As part of the outline, the PA will transfer to the IEC about $150 million, out of an overall accumulated debt of $530 million, in return for an Israeli agreement to forgive about $132 million in accumulated interest. The rest will be paid by the PA in 48 payments over the next four years.

The agreement was signed at the Government Compound in Tel Aviv, by Finance Minister Moshe Kahlon, and the PA Civil Affairs Minister Hussein al-Sheikh.

The agreement places full responsibility for electric bills collection on the PA, which in the past rejected its responsibility for the debt, claiming it fell under the jurisdiction of local electricity distribution companies. This will enable the IEC to deal with just one PA customer, instead of the long list of power companies and individual clients it had been serving in the PA — and had difficulties collecting from. The mounting debt curbed the IEC’s capacity to develop and increase the power it was offering the PA economy. In fact, in an attempt to collect the debt, the IEC would initiate blackouts in various municipalities across the PA, and collected a portion of the taxes Israel collects for the PA on goods and income, which made things even worse for local economies and was fiercely criticized abroad.

Now Israel will pay the PA the more than $260 million it withheld on behalf of the IEC.

The Israeli Finance Ministry was delighted with the new agreement, stating that it will “establish a stable and fair commercial relationship between the IEC and the PA, introduce steps to guarantee full payment for future PA consumption, as well as facilitate new energy projects” for the economic development of the PA.

Minister Kahlon said at the signing that the new deal “will spare us many future disagreements and conflicts,” adding that “this is a first step on a long road and both sides are required to show dedication and decisiveness to complete the application of the outline.”

Minister Al-Sheikh said he hoped this negotiation would be one of many peace agreements between the PA and Israel. 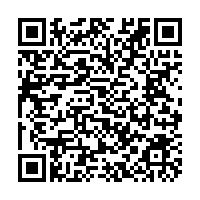