Responding to pressure from dozens of Jewish and education advocacy organizations who over the past few weeks have expressed their objections to a blatantly anti-Israel and anti-Semitic course titled, “Palestine: A settler Colonial Analysis,” that was being offered by UC Berkeley, the school announced it would suspend the course because it was not adequately vetted to ensure that it met Berkeley’s academic standards.

In a letter to Tammi Rossman Benjamin, director of AMCHA Initiative, who coordinated the protest effort, an assistant to UC Berkeley’s Chancellor Nicholas Dirks, wrote:

“It has been determined that the facilitator for the course in question did not comply with policies and procedures that govern the normal academic review and approval of proposed courses for the Decal program. As a result, the proposed course did not receive a sufficient degree of scrutiny to ensure that the syllabus met Berkeley’s academic standards before it was opened for enrollment to students. For that reason, approval for the course has been suspended pending completion of the mandated review and approval process. It should also be noted that the Executive Dean of the College of Letters and Science is very concerned about the offering of any course, even a student-run course, which espouses a single political viewpoint and/or appears to offer a forum for political organizing rather than an opportunity for the kind of open academic inquiry that Berkeley is known for.”

The September 13 letter from 43 Jewish, civil rights and education advocacy organizations to Chancellor Dirks said, among other things: “We believe that this course violates the Regents Policy on Course Content, which specifically prohibits using the classroom ‘as an instrument for the advance of partisan interest’ or for ‘political indoctrination.’ Furthermore, it appears that compliance with the Regents Policy is not even a requirement of the present procedure for vetting DeCal courses, allowing for the unbridled misuse of the classroom by politically motivated instructors. This state of affairs requires rectification.”

The letter suggested that the offending course’s objectives, reading materials and guest speakers were politically motivated, and met the US government’s criteria for anti-Semitism, in an effort to “indoctrinate students to hate the Jewish state and take action to eliminate it.”

The course learning objectives made it clear that a key goal of the class was to encourage students to accept unquestioningly the false and defamatory idea that Israel is an illegitimate settler colonial state, the letter argued, noting that “by the end of the course students are required to have ‘researched, formulated, and presented decolonial alternatives to the current situation,’ which, in the context of the other course objectives, means that a significant part of the course will be devoted to thinking about ways to ‘decolonize’ — that is, eliminate — Israel.”

The letter pointed out that Both guest speakers listed in the course syllabus, Keith Feldman and Hatem Bazian, have publicly supported an academic boycott of Israel, and Bazian, who is also the course’s faculty sponsor, “is himself a well-known leader of the anti-Israel boycott, divestment, sanctions (BDS) movement as well as campaigns to eliminate the Jewish state.”

“This is a great day for students at Berkeley,” wrote Benjamin in an email message Tuesday night, adding that “our classrooms should never be used to spew hate or push political propaganda aimed at indoctrinating students.”

Benjamin said she and the rest of the groups involved in the protest effort “applaud UC Berkeley’s Chancellor Dirks and his staff for their swift and appropriate response regarding this course,” cautioning that “there is still work to be done to ensure that all new courses at UC Berkeley are adequately reviewed for compliance with university policies prohibiting misuse of the classroom for political indoctrination.” 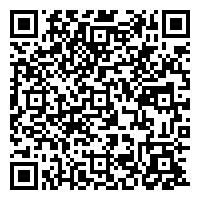