On Saturday, presidential hopeful Bernie Sanders compared poverty in Baltimore, MD, among other places, to “the West Bank in Palestine.” He said, according to the quote in Real Politics (Bernie spoke in a huge auditorium with terrible acoustics), “Two [neighborhoods in Baltimore] have a higher infant mortality rate than the West Bank in Palestine…”

It was a curious choice of words on many levels: first, just judging by the coverage of the Israeli-Arab conflict in recent years, there’s no doubt the folks in “the West Bank in Palestine” are faring much better than their brethren under the Hamas independent government in Gaza, where the choice to build down (terror tunnels) rather than up (restore collapsed apartment buildings) has made everyday life a living hell. Second, the phrase “the West Bank in Palestine” is dubious. Is it the west bank of a larger political body that’s named Palestine? Then where would Israel be on Bernie’s map? And if the candidate meant to say, “the West bank of Palestine,” once again, where would all the other parts of “Palestine” be on his map?


The solution to this puzzle is, of course, that Bernie Sanders was using “West Bank” the way he does “North Korea,” a place of great poverty and oppression, something akin to India a few decades ago, when American children who didn’t finish their vegetables were asked to think about “all the children in India.”

The fact that Sanders is using “West Bank of Palestine” as a casual reference, one that requires no deliberation or proof, the proverbial place of poor people, suggests that the greatly inaccurate comparison between Black poverty in Baltimore and Arab poverty in Judea and Samaria is a well ingrained worldview of the Senator, rather than a fact-based observation.

The fact is that the Palestinian Authority’s economy depends on four sources: Arab donations and investments, European and American donations, taxation and fees of PA citizens via Israel, and employment by Israeli companies. In recent years, Arab and world support has slowed down significantly and the PA has been almost completely depended on Israel’s economy. And so each time there’s a lull in the security tension between Arabs and Jews prosperity rises in the PA, and when Arab violence erupts — there goes the prosperity. Workers’ entry permits are revoked, the PA debt grows, and poverty sets in.

Sanders, like many on the left, simply does not care for a fact-based discussion of the needless suffering of Arabs in both Gaza and the PA. And as president there’s no reason to expect his initial attitude to change. An examination of his voting record supports this assumption.

Sanders is a dyed-in-the-wool supporter of the Oslo Accords. In fact, to his record, in his Utah speech in March, which he delivered with the AIPAC conference in mind, Sanders said it was “unacceptable for President Abbas to call for the abrogation of the Oslo Agreement when the goal should be the ending of violence.” His website declares that he “has long supported a two-state solution that recognizes Israel’s right to exist in peace and security, and the Palestinians’ right to a homeland in which they control their political and economic future.” The statement also says the “Palestinians must unequivocally recognize Israel’s right to exist, and hold accountable those who have committed terrorist acts. The Israelis must end the blockade of Gaza, and cease developing settlements on Palestinian land.” In that vein, Sanders has also opposed the PLO’s plans to declare independence unilaterally. 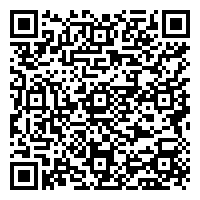