Arabs in Chile are attempting to disrupt that nation’s relations with Israel, saying Jerusalem’s ambassador is hindering their efforts to “defend the Palestinian people.”

The Federacion Palestina de Chile claimed in an official complaint that accusations of incitement to violence by Israeli Ambassador Rafi Eldad were “slanderous” and tried to convince the government to expel him.

In 2009, a bullet was fired into the car of then-Israeli Ambassador to Chile, David Dadon. The windshield of the vehicle was smashed, but no one was injured because the vehicle was not occupied at the time. Security was subsequently tightened.

Chile supported the unilateral move by the Palestinian Authority to evade its responsibilities to reach a final status agreement with Israel via direct negotiations under the Oslo Accords with an appeal instead to the global community for recognition as an independent sovereign nation.

In January 2011, Chile officially recognized the Palestinian Authority as a new Arab country, calling itself the “State of Palestine.” In response, a senior Israeli official told the AFP news agency at the time, “It is a useless and empty gesture because it will not change anything. The Chilean announcement, like those preceding it in Latin America, will not encourage the Palestinians to negotiate.”

There are a total of 10,000 to 16,000 Jews in Chile, most of whom live in the capital, Santiago. Israel and Chile exchanged ambassadors in the early 1950s, and have maintained diplomatic ties since that time.

Chilean President Causes Earthquake After All – On Temple Mount 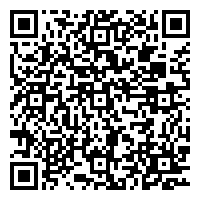