Reading Jeffrey Goldberg’s excellent column in the Tuesday NY Post (Gang that can’t scapegoat straight), I was reminded of a classic Richard Pryor joke about a man who killed his entire family, and when police asked him why he did it answers: “‘Cuz they was home.”

Curtis Marez, a University of California at San Diego associate professor of ethnic studies and president of the American Studies Association that voted to endorse an academic boycott of Israel, is a dolt, writes Goldberg. Not because his organization is promoting a stupid policy that will only end up biting them on their lower backs, but because he’s too dumb to deny his own rabid hatred of Jews.

When a reporter asked him why Israel, alone among the countries of the world, was chosen for excoriation and isolation — the ASA has heretofore boycotted no other country — Marez “did not dispute that many nations, including many of Israel’s neighbors, are generally judged to have human-rights records that are worse than Israel’s, or comparable.” Marez then compounded his error by telling the reporter, in his organization’s defense, that “one has to start somewhere.”

“Let’s stay with this statement for a moment,” writes Goldberg. “It is true that, if you believe that boycotting academic institutions is a way to change the behavior of repressive governments (though I don’t know many people who think this way), then ‘one has to start somewhere.’ It seems, though, that one might want to start with China, where a prominent economist, Professor Xia Yeliang, was recently dismissed from Peking University; one state-run paper charged him with arguing for ‘freedom and democracy.'”

They could have also picked on Afghanistan‎, Albania, Algeria, Andorra, Angola, Antigua and Barbuda, Argentina, Armenia, Australia‎, Austria and Azerbaijan, each one of which has a thick folder of its recorded human rights violations – and that’s juts the A’s!

In Israel’s group, the I’s, they could have chosen Iran, Iraq, Indonesia, and the Ivory Coast, for a plethora of violations, from torture to public hangings.

Goldberg continues: “Is it a coincidence that these academics are singling out the world’s only Jewish-majority country for boycott? Only to those who know nothing of the history of anti-Semitic scapegoating. This isn’t to say that Marez and his colleagues are personally anti-Semitic. Larry Summers, a past Harvard president, said he considers boycotts of Israel ‘anti- Semitic in their effect if not necessarily in their intent.’”

Finally, Goldberg points out that “The American Studies Association is an unimportant group; larger academic organizations have come out, as Summers did, against the idea of academic boycotts.”

Also, according to Goldberg, the Palestinian Authority chairman, Mahmoud Abbas, who supports the boycott of settlement-made goods, has come out against broad anti-Israel boycotts.

“The ASA is more Palestinian, in other words, than the chairman of the Palestine Liberation Organization,” Goldberg concludes.

Turns out there are some antisemitic idiocies that unite left and right inside the Jewish body politic.

Monday Jeffrey Goldberg Walked Away from the Ha’aretz Cult 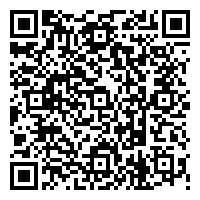