Palestinian Arabs shot but failed to hit an Israeli vehicle on a Samaria road near the Huwara checkpoint Sunday night, close to the city of Shechem (Nablus) as the car traveled near the Jewish community of Tapuach.

Reports of shots being fired towards the car were followed by confirmation that no one in the vehicle was physically injured.


Israel Defense Forces rushed to the scene of the attack according to Israel Hatzoloh. 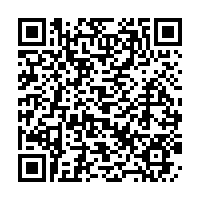