Economics Minister and Bayit Yehudi chairman Naftali Bennett praised the government today (Monday, Sept. 1) during a visit to Gush Etzion for its decision to answer terror with Jewish expansion.

Bennett visited Yeshiva Mekor Chaim in Gush Etzion on the first day of Israel’s school year Monday. The yeshiva, located in Kfar Etzion, was attended by two of the three teens martyred by Hamas terrorists this past June.

“Until a couple of months ago, you students here at Mekor Chaim were regular students. Today you are the spearhead. You now bear extra weight upon your shoulders, the “mekor chaim” – the source of life ‘’ of Israel,” he told the students.

Bennett praised the government’s decision yesterday to designate a tract of land near Alon Shevut, not far from the yeshiva, as state land. The lot is located close to the bus stop and hitchhiking post from where the three teens were kidnapped and subsequently murdered.

“What we did yesterday was an act of Zionism,” Bennett explained as he toured the area. “Building is our reply to murder.”

“The Defense Minister has allocated 4,000 dunams for the city of Geva’ot – congratulations! We hope that this is indicative of additional positive steps in the future, not only as a reaction to the murder of Jews but as a policy – but the high tones of protest from America, the world, the left, and the Arabs reveal the depth of the problem of Judea and Samaria.

“If the government of Israel does not apply sovereignty to the expanses of Eretz Israel, this question will remain open to negotiations and endless disputes. Israeli Sovereignty must be applied, and realized by the state maintaining law and order for all its citizens – including the Beduin, the Arabs, and others. The time has come to initiate and once and for all apply Israeli sovereignty over Judea, Samaria and the Jordan Valley,” they said. 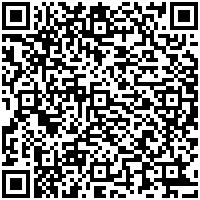