Arab terror gangs have again attacked Israeli vehicles over the past few hours on main arteries around Jerusalem.

In the early afternoon, Egged Bus No. 161, which travels through the Etzion bloc in Gush Etzion, was the target of a massive rock attack as it drove towards the capital.


Arabs hurled rocks at the sides and windshield of the bus, hoping to distract or even injure the driver enough to force an accident and stop the bus. The deadly strategy, which has been used successfully in the past, would enable the terrorists to finish off the passengers as well as the driver.

The ambush occurred near the Beitar Illit junction and the attackers smashed the windshield of the bus, but did not succeed in distracting the driver, who was well-trained. He kept the vehicle moving and drove out of harm’s way.

Miraculously, no one was physically injured although a number of passengers were traumatized by the incident.

Earlier in the day, a private vehicle was also targeted in a separate attack near Hadassah Medical Center at Mount Scopus.

The driver of the vehicle told the Hebrew-language 0404 website that he and his wife were attacked by Arabs about 200 meters ahead of the entrance to the medical center.

Early this morning, the Jerusalem Light Rail was also attacked by Arab thugs who hurled rocks at the train as it passed through the capital’s northern neighborhood of Shuafat. The attackers did not succeed in damaging the cars — this time — and none of the passengers were physically injured although some were traumatized.

The Light Rail only returned the route to full service through northern Jerusalem this week, after a forced hiatus due to damage caused by four attacks in a 12-hour span on Aug. 25. Rioting Arabs in Shuafat targeted the train and hurled a rain of rocks and firebombs at the rail cars, damaging several at a cost of tens of thousands of shekels and terrifying the passengers. The route was suspended for a week — cutting off service to thousands of Jewish and Arab commuters who use the line in northern Jerusalem neighborhoods.

The move followed a period in which service was suspended in early July due to the destruction of three stops in Shuafat by rioting Arabs who vowed to permanently stop the train from ever passing through the neighborhood again. 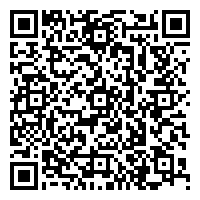