Canadian Foreign Minister John Baird issued a strong statement of support for Israel Wednesday night, roundly condemning Hezbollah’s attack on the north after a recent trip to the Jewish State.

“Canada condemns the assault by Hezbollah on the Israel Defense Forces (IDF) that tragically killed two IDF members. Our thoughts and prayers go out to the families and friends of those lost and injured,” Baird said, noting that the United Nations Interim Force in Lebanon also suffered a loss as a result of Hezbollah terror.


“Canada also extends its condolences to the family and friends of the Spanish UN peacekeeper killed in the exchange.

“Hezbollah, another Iranian proxy, is a brutal terrorist organization bent on the destruction of Israel. Canada fully supports Israel’s right to defend itself by itself,” he said, criticizing the “destructive force” of Iran and directly accusing the Islamic Republic of intent to wipe out Israel.

“This is just another example of the threats Israel faces – from Gaza to Southern Lebanon and Syria – from all proxies funded, trained and materially supported by Iran. It illustrates the danger of a nuclear-armed Iran and the need for the international community to ensure that never becomes a reality.

“Iran is a destructive force in the region, contributing to much of the current instability. The international community must condemn today’s assault and stand by the only liberal democracy in the region, which is far too often on the front lines in the struggle against terrorism.” 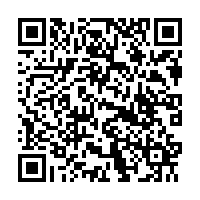