A Canadian synagogue in Winnipeg has reached out to sponsor two Yazidi refugee families as a concrete way of carrying out the mitzvah of “tikkun olam” — the Jewish commitment to improve our world.

The commandment has long been a part of Shaarey Zedek Synagogue’s mandate, according to an article in the Winnipeg Free Press.


The synagogue is known for its regular volunteer night at Winnipeg Harvest, and for the annual Christmas lunch it generously prepares and serves to clients of the West Broadway Community Ministry, WFP reported.

But now the synagogue is expanding its mandate, joining a more global effort with participation in Operation Ezra. The project, taken on last year by members of the city’s Jewish community, involves arranging sponsorships for Yazidi refugees and raising awareness about their plight.

Two families – a large family of 10 and a smaller family of four with very young children – still needed sponsors.

Shaarey Zedek board member and rescue committee co-chairwoman Anita Neville told WFP, “Rather than choose, we agreed to do both.”

The synagogue’s Rabbi Alan Green pointed out, “The history of the Yazidis, who have been hated and persecuted for their religious beliefs for many centuries, runs parallel to the Jewish historical experience in Europe, North Africa and the Middle East.”

The Kurdish speaking ethnic minority resides mainly in northern Iraq – or did, until their people were targeted by Da’esh operatives from the Islamic State terrorist group. The women and girls were raped and enslaved. The men were murdered or forcibly converted and then enslaved.

Fellow slaves – and fellow refugees, for that matter – still cling to ancient hatreds. For this reason the Yazidis are separated from other refugees when they are rescued and brought to DP or refugee camps.

The two families that are to be sponsored by Shaarey Zedek are living – separately – at present in such a camp in Turkey. When all the paperwork is completed for their sponsorship, they will be brought to Canada.

The synagogue members meanwhile are busy collecting money, furniture, clothing and school supplies for the children. Arrangements for housing will be made once a time frame for their arrival is established.

People’s memories are pretty strong: It hasn’t been so long since the world turned its back on the Jews of Europe. 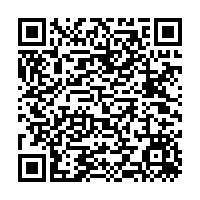