In its deliberation Sunday, June 23, at the Jerusalem Magistrate Court, Judge Dov Pollock ordered that a Jewish youth suspected of praying at the gate to the Temple Mount and assaulting an Arab youth be released to his home on condition of his posting bail and with a restraining order banning him from the Temple Mount area for 15 days.

The judge rejected police demand for a restraining order banning the youth from the entire Old City for 60 days.

In his decision, Judge Pollock noted that police claim that Jewish prayer on the Temple Mount is problematic and causes unrest violates freedom of religion. Judge Pollock cited in his decision a similar statements written by Judge Malka Aviv several months ago.

On Friday, June 21, the youth arrived at the Cotton Merchants’ Gate leading to the Temple Mount in order to say a prayer in a place from which the site of the Holy Temple could be seen. According to the youth, he prayed at the gate and while he was praying an Arab youth approached him and began to kick him. According to the youth and Itamar Ben-Gvir, the attorney representing him on behalf of Honenu, such occurrences are commonplace on the Temple Mount and in the surrounding area. Arab youths, and sometimes children, are sent by adults to provoke and beat Jews going up to the Temple Mount. The police and the court do not deny it. The Jewish youth said that he kicked the Arab youth in return and in response was detained by policemen who were on the scene.

Despite the fact that Shabbat would soon begin, the Old City Police did not hurry to bring the youth to court for a hearing and as a result he was forced to spend Shabbat in remand.

The following morning, the court rejected the police demand for a 60 day restraining order banning the youth from the entire Old City of Jerusalem. Judge Pollock also added that when Arab women made a disturbance on the Temple Mount, the police did not demand a 60 day restraining order and therefore he does not see cause for such a demand in the case currently before him.

In response to the court’s decision, attorney Itamar Ben-Gvir, representing the youth on behalf of Honenu, said that “This is an important decision which I hope the Israeli Police will study and internalize. The right to pray in the State of Israel is not reserved only to the Women of the Wall, but also to Jews who would like to see the Holy Temple rebuilt.”

“The judge’s decision today asserts that there is no prohibition against praying on the Temple Mount,” said Ben-Gvir, “and that it is the police who are acting against the law when they prevent Jews from praying.”

For additional, but not all, cases in which Honenu attorneys represented Jews detained on or near the Temple Mount please go here, here, here and here.

Did Anyone Say No Settler Will Be Uprooted? Someone Should Tell Bibi 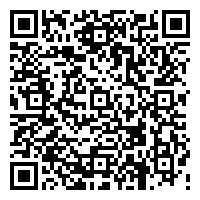