Croatia has outlawed hate crime, enabling it to become the 18th member of the European Union, the European Jewish Press reported.

The new law in Croatia promises “to protect those who may still be subjected to threats or acts of discrimination, hostility or violence,” makes it a crime to violate “public peace and order based on racial, ethnic, religious and other grounds.”


The pre-Holocaust Jewish community of Croatia numbered approximately 24,000 before a pro-Nazi government in 1941 began persecuting Jews, eventually deporting and exterminating approximately 78 percent of the Jewish community. After the war, almost half of the 2,500 remaining Jews in Croatia moved to Israel after 1948.

Croatian President Ivo Josipovic earlier this year made a public apology to his country’s Holocaust victims in an address to the Knesset on an official visit to the Jewish State. “We need to look into our hearts, and to come to terms with the darkest stain in our history,” he said. “We must look in our hearts, at the darkest stain in our history. We must know: The snake is weak, but it is still there.” 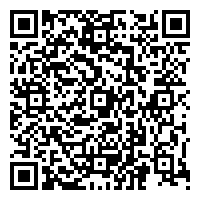