Turkish officials have now confirmed that at least 41 people were killed in the massacre, including 13 foreign nationals; 239 others were injured in the attack.


Three as yet still unidentified terrorists, including at least one armed with an AK-47 Kalashnikov assault rifle, attacked the international departures hall at the busy airport.

The terrorists opened fire at the first security checkpoint at the entrance to the terminal, where baggage undergoes the initial inspection through an X-ray machine, then detonated their explosives vests as police began to return fire.

“The findings … point to the Da’esh organization as the perpetrators of this terror attack,” Turkish Prime Minister Binali Yildirim told journalists in the wee hours of Wednesday morning at the airport.

“But even though indications suggest Da’esh, our investigations are continuing,” Yildirim added.

Ataturk is the third largest airport in Europe and the 11th largest in the world; more than 63.5 million passengers passed through its doors in 2015.

On March 22 two Da’esh terrorists attacked the Zaventem international airport in Brussels, detonating suicide vests and blowing up the departures hall. A third suicide bomber blew himself up at a metro station in Brussels not far from the headquarters of the European Union less than an hour later. At least 32 people were killed in the coordinated attacks and hundreds more were wounded.

No terror group has yet claimed responsibility for the Istanbul airport attack, but Da’esh released an infographic via the group’s Amaq news agency Wednesday claiming to have “covert” units in Turkey. The release marked the two-year anniversary of the so-called establishment of the ISIS “caliphate” in Syria and Iraq. 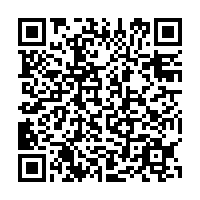