Films from the Holocaust period are filled with haunting images, providing a rare opportunity for researchers to piece together the stories of lives cut brutally short. In today’s digital age, such film footage is particularly compelling and stirring, granting us a glimpse into a living memory of a world that was – and is no longer. A groundbreaking conference on the subject, the European Holocaust Research Infrastructure (EHRI) workshop entitled “Holocaust Archival Footage as a Historical Source: Methodology and Ethics in the Digital Era,” is currently taking place at Yad Vashem in Jerusalem.

EHRI is a trans-national project aimed at supporting and promoting improved access to Holocaust documentation scattered across the globe. The workshop, designed especially for experts, convened some 30 top level professionals, providing tools and tips for researchers and historians from Austria, France, Germany, the Netherlands, the US and other countries in utilizing Holocaust-era footage as a historical source. Sessions included newly-discovered footage located at various archives and collections of Holocaust-related material; the unique challenges entailed in locating, collecting and restoring these rare films; and technical and methodological dilemmas of using of source movies.


One of the stories featured at the conference was about David Teitelbaum, an amateur photographer who was born in Wielopole Skrzyńskie, southeastern Poland, in 1891 and later relocated to the United States, where he became a successful businessman. Teitelbaum would return to his hometown almost every year to visit his family, and in 1938, he filmed his trip. In June or July 1939 he traveled to Wielopole again, but only stayed for a short time, sensing that war was imminent. Members of the Teitelbaum, Rappaport and Sartoria families, as well as their neighbors and acquaintances, were likely filmed during that last visit.

Several years ago, this rare color footage depicting Jewish life in the shtetl of Wielopole before the Holocaust was donated to Yad Vashem. With the assistance of relatives (particularly Channa Rachel Helen Glucksman, David Teitelbaum’s niece), Yad Vashem has succeeded in identifying many of the individuals in the film, including a number of sick or elderly Jews who were murdered in an aktion in the town.

Since the film was uploaded to Yad Vashem’s Youtube channel, it has been seen by over 130,000 viewers, many of whom have commented on how deeply moved they were to have caught a glimpse of Jewish life in the town before it was destroyed forever.

The Yad Vashem Archives house hundreds of Holocaust-related films, including raw footage, newsreels, amateur films, propaganda and feature films, and postwar trials. What makes this footage so unique is that it contains many layers of information beyond the recorded data – the personal backgrounds of the subjects, the historical context of the events depicted, and even the motivation and ideology of the photographer – all of which may be revealed through painstaking research.

Efrat Komisar, Head of the Film Footage Section at the Yad Vashem Archives and one of the presenters at the workshop, explained the importance of correct usage, critical research and cataloguing of film footage. “These wartime films have a complex nature, stemming, among other things, from the photographers’ intentions in creating the film in the first place. Nevertheless, they are invaluable as original documentation. The films open a window onto the world of their subjects, as well as that of their creators. They supplement information provided by other forms of documentation, as well as priceless visual testimony of people and places before, during and even immediately after the Shoah.

“Historians, researchers and filmmakers alike have an obligation to investigate these precious films thoroughly, and present them to the public together with the most comprehensive and accurate information possible, thus building a more accurate visual memory of the Holocaust,” Komisar continues. “Moving images provide something that other kinds of documentation – written, aural and even still photographs – cannot give: multisensory scenes of people, places and events that depict often very personal accounts in real-time. In a way, seeing them almost brings them back to life.” 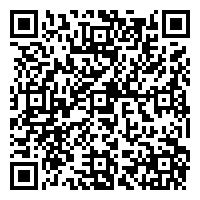