Today the Nation of Israel paid their final respects to a Jewish heroine and a family who respected a daughter’s decision to serve her country, to protect her fellow Jews, and to do what she believed was right.

The buses and cars arrived from all over the country, well ahead of the hour set for the funeral procession for murdered Border Guard Police Officer Hadar Cohen, hy’d.


Just 19 years old, sworn into her a post a scant week earlier, Officer Cohen was called upon to prove her mettle almost immediately. She did not falter.

She paid with her life. Two policewomen who stood beside her were also wounded; one nearly paid the same price, but miraculously has survived.

Hundreds of mourners streamed into the small central Israeli city of Yahud to accompany her to her final resting place in the military cemetery there.

Among them was Ravit Mirilashvili, who persuaded doctors to allow her to attend the funeral of her partner.

Their fellow Border Guard Police partners were waiting there to greet her with arms open wide for warm hugs and tears.

Hadar’s father, Ofer, recited the Kadish, Judaism’s tradition, ancient prayer for the dead, in a tear-filled voice. Her sister Mor, said, “You have become precious to the entire people of Israel.” Her partner, Ravit Mililashvili, also came to the funeral together with her parents. She had told Prime Minister Benjamin Netanyahu during his visit to her bedside earlier in the day, “Hadar saved my life.”

But during his eulogy, Hadar’s father told his daughter in a choked voice, “My beloved child, how can I leave you now? Everyone says you were a hero, a true hero. That you saved many people with your body and your soul. But no one really knows you, my Hadari, your warmth.

“I have just these words to say to you: I am proud of you. Proud of you, and I salute you. Rest in peace; and may your soul be gathered into the bundle of eternal life. 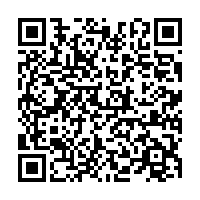