The U.S. Federal Aviation Administration’s decision to impose an outright ban on U.S. flights to, from or over Israel which began on Tuesday, July 22, and which was extended through a second 24-hour period the following day, is unprecedented in terms of its scope and given the U.S. relationship with Israel and the specific incident out of which the ban allegedly arose.  The FAA’s standards for determining whether a U.S. flag carrier can fly to every other spot in the world are different from — and more accommodating to travel than — the standard the United States has applied to Israel for the last 48 hours.

First, the FAA imposed a complete ban on U.S. flights into Israel, not just a partial ban and not just an advisory or the standard “should avoid” language. Second, the FAA imposed the ban on a host country which is one of America’s closest, longest-standing allies. Third, the ban against Israel’s Ben Gurion airport was imposed after a piece of shrapnel – created when Israel shot down a rocket fired by terrorists in Gaza – hit an Israeli home about a mile from the airport, it was not the rocket itself which struck near the airport and it wasn’t a rocket that could have hit a jet airliner, in any event.


So why did the FAA take this unusual step, one that is potentially economically catastrophic for our ally Israel?

Most people assumed the first explanation was the basis for the FAA ban. But the evidence does not add up.  Nor does the historical record support the claims uttered by a State Department spokesperson that neither the White House nor the State Department played a role in the FAA decision to issue the categorical ban.

The Jewish Press spoke at length with a former naval intelligence officer, Commander J.E. Dyer (ret.) about the FAA ban on U.S. flights to Israel.

She made several categorical statements. First, the FAA ban on Israel was shocking and she believes it was absolutely a political decision rather than a decision made to secure the safety of U.S. citizens. Second, the ban is wholly disproportionate to the incident. Proof of that is what the FAA has done in response to far more dangerous and frequent attacks directly on airports in areas of concentrated violence which have gone on at least as long, if not longer, than the current situation in Gaza. Fourth, other than complete flight bans into North Korea and, currently, Eastern Ukraine, there are no complete bans on airports in any country in the world for U.S. airlines.

Is there a sane person on the planet who imagines that the threat to American airlines by North Korea is anything like that posed by the Gang That Can’t Shoot Straight Terrorists in Gaza? And the militarized pro-Russian separatists in eastern Ukraine do indeed have the weapons, the ability and the will to shoot airplanes out of the sky – they’ve already done it more than once. 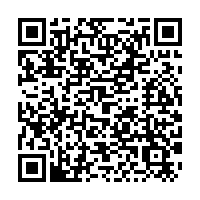