Eli Lipsker was known worldwide for the adult and children’s choirs he led, the music he taught to thousands of students in Jewish Day Schools, and his recordings of Chabad melodies that publicly shared the rich musical heritage of Lubavitcher Chassidut.


Born in the former Soviet Union to a family whose home was always filled with abundant Hasidic singing, Eli Lipsker was quite young when he acquired a thirst for Hasidic niggunim (melodies).

By 1948 his family had emigrated to Israel, and by 1957, Eli Lipsker was enrolled in the Lubavitcher Yeshiva in Brooklyn, New York.

The young prodigy had already taught himself to play the recorder and the accordion by that time. With the encouragement and blessing of the Lubavitcher Rebbe, Eli continued to develop his musical talent along with his studies of Talmud and Hasidut. Eventually he studied music theory and composition along with piano and accordion at the Manhattan School of Music.

The Lubavitcher Rebbe called him “my Baal Menagen” – “my chief musician.” His rich tenor and the sound of his accordion can be heard on numerous Hasidic recordings; he also served as musical advisor for the recordings of other Chabad Lubavitcher Chassidim.

Eli’s recordings of Jewish music opened a path for other observant Jewish musicians and vocalists, creating an entirely new genre. As a music teacher, music director and choir leader at Jewish Day Schools, Eli touched the lives of thousands of people.

Although he was known worldwide for his music, few outside his close-knit neighborhood ever knew that Eli Lipsker was also active with his wife, Leah, in bringing non-observant Jews closer to their heritage. The Lipsker home, filled with light and warmth, rang with laughter at Eli’s jokes at the Sabbath table when Eli and Leah were hosting guests – and Eli and Leah always hosted guests.

Even as the illness continued, the Sabbath table was never empty, and Eli always had a unique perspective to offer a troubled Jew searching for answers. No generation gap ever existed when it came to talking with Eli Lipsker.

As he aged, he focused on the issue of ensuring that Jewish youth and adults would always have a way to know how to conduct synagogue services – on weekdays, for the Sabbath, and on the holidays, too. Eli produced special recordings designed to teach the ‘Nusach HaTefillah’ – the procedure for prayer – used for each day, thus preserving for the generations he left a lasting legacy of sacred musical education.

The Lubavitcher Rebbe’s Baal Menagen, Rabbi Eli Lipsker, is survived by his wife Leah, and their children – Yosef Lipsker of Reading, PA; Mendel Lipsker of Crown Heights, Brooklyn; and Shani Katzman of Omaha, Nebraska – plus his grandchildren and his siblings in the United States and Israel. 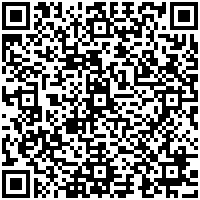