Ronald S. Lauder, the president of the WJC, and Henry Kissinger, a former recipient of the WJC Herzl Award, presented Schultz with the award.


During his speech to the star-studded crowd which gathered at New York’s famed Waldorf Astoria, Schultz opined about the most pressing foreign policy issues of the day. It was clear Schultz would not have given shelter to the sentiments emanating from the current State Department.

The speech given by the former Secretary of State, who served between 1982-89, sounded like it could have been scripted as an antidote to the current U.S. position of retreat on a grand scale.

Schultz had this to say about the current security situation in the Middle East:

“What do we need to do? We need to establish the fact that we need the United States. Because when we set out to do something, we do it.” He even admonished the U.S. for “making empty threats,” and stressed that “the U.S. needs to get its credibility back.”   “Iran is the world’s leading sponsor of state terrorism,” continued Shultz. “When you look at Iran, you see a country that obviously wants to get a nuclear weapon. And every other day they say they want to exterminate Israel.”

ISIS was also a subject Schultz broached. He recommended that the U.S. take a strong leadership role and organize a coalition against ISIS including Egypt, Saudi Arabia, Israel and America’s European allies. “If the U.S. doesn’t lead, we get chaos,” he added.

The former Secretary of State went further in expressing his views on the Arab-Israeli conflict, and how they differed from this administration.

Schultz made it clear he does not ascribe to the moral equivalency between the parties, and had this to say about 2014’s Operation Protective Edge: “The party that puts weapons in the midst of civilians is the war criminal – not the party that knocks those weapons out.”   Shultz praised the World Jewish Congress in his speech and stressed the importance of the American-Israeli friendship. “In these difficult times, trust is the coin of the realm — and we need to rebuild it,” he said. “And this organization, from all I can see, is helping to do that. It’s something we must do: we have to have a relationship of trust and common interest with our friends in Israel.”

This year’s gala event coincided with the 77th anniversary of Kristallnacht.

“In 1938 the world said nothing, it did nothing – there was utter silence. Adolf Hitler clearly understood that silence,” Lauder said. “In some ways, nothing has changed in 77 years, but tonight we have a voice, and that voice is loud and clear and strong. Unlike in 1936, the World Jewish Congress today has tremendous influence and today our voice will be heard.” 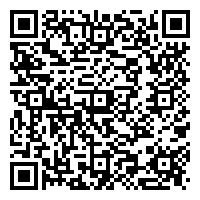