The Israel Security Agency (Shin Bet) foiled a plot by Hamas to attack Israeli military forces this past Purim.

Details of the plan were released by the Shin Bet for publication on Tuesday (April 14.)

Members of the terrorist cell who were to carry out the operation were arrested at the beginning of March and are residents of the Arab town of Abu Dis, on the eastern outskirts of Jerusalem.

“They were arrested before being able to carry out the attacks. We have seized firearms in the course of the investigation,” officials said.

The terrorists had already purchased the vehicle with which to carry out the attack, had undergone firearms training and had gathered intelligence on their targets, according to the Shin Bet. They also had already advanced their plans and practiced firing with a Kalashnikov rifle and a 9 mm caliber handgun. They also confessed to planning to burn their getaway vehicle in a forest near Azariya after the attack.

“During questioning by the Shin Bet it emerged that Ma’an is the one who began in recent months to form a plan to carry out the attack, which was initially planned for Jerusalem,” the Shin Bet said in a statement. “He drafted Daoud, and the latter – due to difficulties in carrying out an attack in the city – suggested changing the target to the Kiosk checkpoint at the entrance to Jerusalem. Ma’an also planned to draft an additional operative to act as a driver and assist in the getaway of the shooter from the scene of the attack. “

The Shin Bet warned in its statement that the investigation underlines “the high motivation by Hamas to carry out attacks in Jerusalem and its environment, and the danger posed by Hamas members who return to the cycle of terrorism after being released from prison.”

The suspects are to be charged at the Judea Military Court within the next few days, officials said. 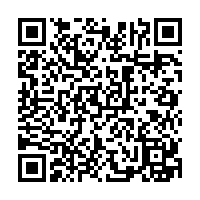