The 22-year-old rabbinic student stabbed last week inside “770” Eastern Parkway, the synagogue at Chabad-Lubavitch World Headquarters, is home from the hospital in a Hanukkah miracle.

Israeli yeshiva student Levi Rosenblatt underwent emergency neurosurgery at New York’s Bellevue Medical Center after he was stabbed by Calvin Peters. The attacker was subsequently shot and killed by police who raced to the scene upon seeing the stabbing unfold on their monitors at a special mobile base across the street from the synagogue.

Rosenblatt was rushed in very serious condition to nearby Kings County Hospital but quickly moved to Bellevue when it became obvious he required specialized surgery. His condition stabilized soon after the operation was completed.

“Mr. Rosenblatt suffered a knife injury to the blood vessels in an extremely sensitive area of his brain,” neurosurgery chief Dr. Paul Huang explained in a news release. “Because of the resources available to us, as well as the experience and expertise of the nurses and physicians at Bellevue Hospital, we were able to deliver a very sophisticated level of care to this patient. He underwent a procedure to repair two blood vessels, which was successful. He has had an amazing recovery.”

Groups of Chassidim maintained a vigil at the hospital, praying for Rosenblatt’s speedy recovery, as his name was circulated by others to prayer chains around the world.

“I have a lot of people from way back in the beginning to thank, above all, God and the [Lubavitcher] Rebbe who provided his blessings,” Rosenblatt said in the release.

“Thanks to the Hatzalah (emergency rescue service) of Crown Heights volunteer ambulance service, the NYPD, the doctors and nurses here at Bellevue and at Kings County Hospital (where he was first taken), my friends who stayed with me in my room around the clock, my family who came from Israel to be with me, and all the people all over the world who have prayed for me,” he said.

NYPD to Include Hate Crimes in CompStat Reports 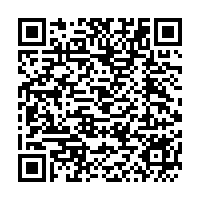