The heads of charity organizations in the ultra-Orthodox society, commonly known as Gemachim, received at least a temporary measure of relief from the Knesset Finance Committee, chaired by MK Moshe Gafni (UTJ), ahead of a new amendment of the Income Tax Act that takes effect in September and compels Israeli financial institutions to report through the local tax authorities on the Israeli financial affairs of US citizens. The amendment is the result of the Foreign Account Tax Compliance (FATCA) agreement between Israel and the US, which was a prerequisite for continued cooperation between Israeli and American financial institutions.

It’s not much, but MK Gafni demanded that the Finance Ministry and the Bank of Israel order the banks to give the Gemachim time until the end of June to resolve their status as public institutions, which he hopes would allow them to exclude themselves from the FATCA rules. Gafni envisions a tweaking of the amendment to exclude groups with deposits of less than $50 thousand, or holdings worth less than $50 million.

According to Chairman Gafni, the new regulations could bring the collapse of the Gemachim. “The Israeli government signed an agreement with the US government without considering the disastrous consequences for one of the most important enterprises of the Jewish people that has existed for millennia — the charity and mutual aid societies,” Gafni said, explaining that the Gemachim are “the only means at the disposal of a person under financial duress to receive an interest-free loan to get back on his feet.”

MK Israel Eichler (UTJ), Chairman of the Public Petitions, summoned Dr. Ilan Steiner, Director of the Bank of Israel Currency Department, to his committee hearing, to warn him against another aspect of the US attack on these charity institutions. According to Eichler, banks are being forced under pressure from foreign governments to close the accounts of Gemachim accounts, “in the name of ‘fighting terrorism’ and stopping money laundering, the IRS and the American government have become supervisors of all bank accounts around the world including in Israel. Everyone has to go through their inspection, so the Gemachim have received a letter that they will not be able to keep their bank accounts anymore.”

MK Eichler told Dr. Steiner: “I hope that the Bank of Israel find a way to abide by the agreements with the US while not mixing up the Gemachim with the war on terror. The banks must not become a burden and a restriction on associations and charity organizations who want to help people and do not engage in terrorism. There are limits to the madness of the banking system. We must not allow the charity organizations and Gemachim to be paralyzed by American pressures.”

The issues of compliance regarding money laundering and the war on terror stem from the side benefits of an IRS act that was intended to make sure US citizens who make money abroad share some of it with Uncle Sam. According to the IRS, FATCA targets tax non-compliance by US taxpayers with foreign accounts, focusing on individuals’ reporting about foreign financial accounts and offshore assets, as well as by foreign financial institutions about financial accounts held by US taxpayers or foreign entities in which US taxpayers hold a substantial ownership interest.

Using the US’ enormous economic clout, FATCA bullies the world’s financial institutions into reporting on their American clients to Uncle Sam. Under FATCA, to avoid being withheld upon, foreign financial institutions must register with the IRS and agree to report to the IRS about their US accounts, including accounts of foreign entities with a substantial US ownership. Foreign institutions that enter into an agreement with the IRS to report on their account holders may be required to withhold 30% on certain payments to foreign payees if such payees do not comply with FATCA.

Talk about working for the Yankee dollar.

According to The Marker, Gemachim stand to suffer three different ways from the new law: instead of permitting a Gemach to transfer money into their accounts, they could now be questioned regarding the source of the funds and whether or not tax was paid on them in the US; each deposit could be subject to harassment by the bank, in order to verify that it is not part of a money laundering scheme; and the Gemach could be saddled with a new definition as a financial institution, and as such would be compelled to report on its fund sources to the IRS or face criminal sanctions. 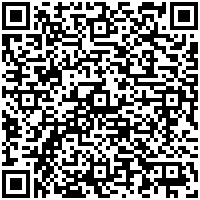