At a session headlined “Israel in a Turbulent Middle East: Strategic Review & Intelligence Assessment” held Wednesday at the 2016 Herzliya Conference, Maj. Gen. Herzl (Herzi) Halevi, Chief of the IDF Military Intelligence Directorate warned Israel’s opponents against initiating a conflict, saying, “I am sure that had Nasrallah or any of our enemies known our military capabilities they wouldn’t risk additional conflict.”

Halevi discussed Israel’s challenges and opportunities in today’s middle east, saying “there are a lot of people who live in the Middle East with no electricity. Looking at the GDP per capita or unemployment rates it is noticeable that very big gaps have formed between us and our neighbors. It should not make us happy – A poor Middle East is a hotbed for terrorist organizations.”


“The Game board in the Middle East has changed,” he added. “Instead of few states, there are now many players. The transition from nation states to organizations is very significant. There are no good and bad guys, and players on the field change their identities.”

Halevi continued to discuss the new ways in which conflicts and wars are formed in the Middle East, in what he calls Dynamics of Escalation’. “We live in an era in which it is most likely for wars to begin even though neither side is interested in it,” he explained.

Regarding Iran, Halevi said: “The nuclear agreement was a great achievement for Iran, allowing them to be accepted among the world’s nations and we believe they will honor [the nuclear deal] for the first few years. At the same time, Iran is investing great efforts against Israel. Iran is supporting the three main threats Israel faces: Hamas, Hezbollah, and Islamic Jihad – in fact, they support 60% of [the threat]. It is [a case of] a Shiite nation giving money to Sunni organizations – they would do that to hurt Israel.”

Regarding Lebanon & Hezbollah, Halevi said, “We have no offensive intentions in Lebanon. We do not want a war but we’re ready for one more than ever. No army has had more intelligence on their enemies as we do about Hezbollah today.”

“The next conflict will not be easy. Hezbollah is suffering heavy casualties in Syria but also experiences significant achievements, and in this process they learn a lot and gain access to new means of combat.”, said Halevi. “Iran is sending weaponry to Hezbollah – some of it gets so Syria, but some of it stays in Lebanon. Syrian industries have resumed the production of weaponry for Hezbollah, and neither the world or Israel should accept it – it could escalate the next conflict.” 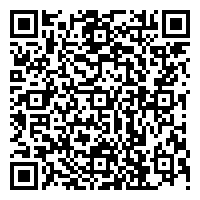