Ban Ki-Moon had it right when he began his remarks to the United Nations Security Council on Tuesday, Jan. 26. In the first session of 2016, Ban said that this new year started the same way that 2015 ended, with “unacceptable violence.”

We’re with you there.

But despite emitting a one sentence acknowledgement of reality – “Stabbings, vehicle attacks, and shootings by Palestinians targeting Israeli civilians – all of which I condemn —  and clashes between Palestinians and Israeli security forces, have continued to claim lives,” Moon then proceeded to justify Palestinian Arab terrorism.

It’s the same old tired trope: the “Occupation” leads to “frustration,” the sense of “alienation and despair,” a “potent incubator of hate and extremism,” a “chipping away” at the “ability of Palestinian people to live in dignity.”

So what does Ban suggest to end the terrorism? He called for the “strengthen[ing] of Palestinian institutions, security and economic prospects,” [please note, the Palestinian Arabs are among the world’s largest per capita recipients of international foreign aid] hand over more control of Area C (the sector of the disputed territories where the greatest number of Jews live!) to the Palestinian Arabs; and a “freeze of Israel’s settlement enterprise.” Oh, and everyone should please fulfill their pledges to help rebuild Gaza and Palestinian Arab groups please stop fighting with each other and concentrate instead on Israel.

Just in case you might be wondering where Ban’s sympathies lie, he lays it out clearly. The building of homes for Jews anywhere in the disputed territories, he said, “are an affront to the Palestinian people and to the international community. They rightly raise fundamental questions about Israel’s commitment to a two-state solution.”

Ban went so far as to suggest that Israelis should ignore the ruling by its own Supreme Court – not a hawkish institution by anyone’s (rational) imagination – that land south of Gush Etzion could be used by Jews.

That’s right, the Secretary General of the U.N. told a sovereign people to ignore the ruling of their own Supreme Court. That is unprecedented and unconscionable.

To be fair, the U.N. Secretary General also chided the Palestinian Arabs. There was one sentence, 21 paragraphs along, in which he “condemned the firing of rockets into Israel from Gaza.” But the remainder of his focus on Gaza was about reconciliation, about encouraging Arab factions in Gaza to work out issues amongst themselves. The better to eat you with, my dear. No, he actually didn’t say that. What he said was that will enable the Palestinian Arabs to work together in a more unified fashion in order to achieve a Palestinian State.

Finally, in paragraph 31, Ban slips in along with his beseeching of all parties to please, oh please quickly create a Palestinian State, a wag of a finger at the Palestinian Arabs. No, not for terrorist acts, but just to remind them that “incitement has no place,” and that “questioning the right of Israel to exist cannot be tolerated.”

In other words, all the evil terrorist acts of the Palestinian Arabs can be understood as the result of the occupation, but stop saying Israel has no right to exist and stop saying (at least in public) that killing Israelis is your right.

Israeli Prime Minister Benjamin Netanyahu’s response was swift and unequivocal, rejecting Ban’s statement and its premise. Rather than seeking to justify the terrorism of the Palestinian Arabs, the U.N., including its titular head, must recognize that “Palestinian murderers do not want to build a state – they want to destroy a state and they say this openly. They want to murder Jews simply because they are Jews and they say this openly. They do not murder for peace and they do not murder for human rights.” 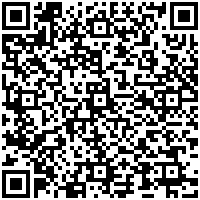