Iranian Economy Minister Ali Tayebnia says his country has been the “least to suffer” from a recent fall in oil prices, and as a result, Tehran’s economy has been the least damaged by the decline.

“Based on newly released statistics of the International Monetary Fund (IMF), Iran was the least to suffer from the fall in oil prices, and that means that Iran has lowered its vulnerability of overseas shocks in the economic domain,” Tayebnia said, according to the Iranian Oil Ministry’s SHANA news website.


The report by the IMF quoted by the Iranian finance minister said Iran had been able to “retool its economy under sanctions pressure to that inflation declined from 45 percent in 2013, to around 8 percent this year,” according to the UPI website.

Tayebnia estimated that Iran’s inflation is now hovering at around two percent, with the Central Bank of Iran estimating a growth rate in the GDP of around five percent through early 2017.

Iran is a member of the Organization of Petroleum Exporting Countries (OPEC.) Total production for Tehran in July was at its highest level since 2014. 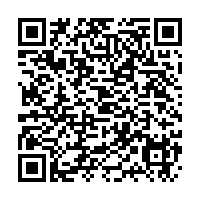