The Iranian security adviser to Supreme Leader Ayatollah Ali Khamenei explained in a broadcast interview last week that United Nations nuclear inspectors from the International Atomic Energy Agency would not be given access to Tehran’s sensitive military nuclear sites.

Ali Akbar Velayati made the statement in a broadcast interview with Aljazeera on July 31, 2015 (clip# 5026) that was monitored and translated by the Middle East Media Research Institute (MEMRI).


“First, allow me to emphasize that the issue of the missiles and of Iran’s defensive capabilities were not part of the negotiations to begin with,” Velayati said.

“No matter what pressure is exerted, Iran never has negotiated and never will negotiate with others – America, Europe, or any other country – about the nature and quality of missiles it should manufacture or possess, or about the defensive military equipment that it needs. This is out of the question.

“We in Iran will independently determine what military equipment we need in order to defend our land, the regime of the Islamic Republic, the Iranian people, and the interest of our country.

“Therefore, we will not hesitate to obtain these weapons, with the exception of nuclear weapons or WMD, such as chemical weapons, which are internationally prohibited.

“Therefore, the missile issue is not a part of the nuclear agreement with the P5+1.

“Any different statement about this is baseless.

“Regardless of how the P5+1 countries interpret the nuclear agreement, their entry into our military sites is absolutely forbidden. The entry of any foreigner, including IAEA inspectors or any other inspector, to the sensitive military sites of the Islamic Republic is forbidden, no matter what,” Velayati stated firmly. (italics added)

He went on to say, “Israel does not dare to attack Iran. The moment it initiates such a thing, important Israeli cities will be razed to the ground.

“The U.S. accuses us of supporting terrorism and terrorists in the region. We ask the Americans: ‘Who are those terrorists?’ Their answer boils down to Hezbollah.

“Is Lebanese Hezbollah a terrorist party? We are proud of Hezbollah. It defends its existence and the existence of the Muslims, the Arabs and the Lebanese. Hezbollah was the first to deal Israel a real defeat.

“We are proud to be supporting Hezbollah, while America deems this support to constitute support of terrorism.

“First of all, we should sit down and define what terrorism is and who is a terrorist. We believe that if you defend your land you are not a terrorist.

“We are committed to the Vienna agreement,” he reiterated.

“How do you view the recent Security Council resolution?” asked the interviewer.

“We are not necessarily required to accept everything decided by the Security Council,” replied Velayati. “Let me give you an example that is important to us and to you.

“There were quite a few UN Security Council resolutions which ran counter to the interests of some countries that did not recognize them.

“The Islamic Republic of Iran will not succumb to any international resolution that contradicts our strategic interests and our sovereignty.

“However, with regard to the Vienna agreement, if it wins the support of the legal authorities in Iran, Iran will be completely committed to it.” 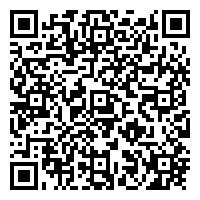