Iranian President Hassan Rouhani told his people today (Tuesday, July 14) that “a new chapter” has begun in Tehran’s relations with the world after the signing of a nuclear deal with the U.S.-led world powers this morning in Vienna.

“Sanctions didn’t have any effect [on Iran],” he said, while “at the same time had affected people’s lives.”


Rouhani added that he is “happy that 27 months of negotiations have brought success.”

He said he is sure the agreement will help protect Iran’s nuclear achievements. “This month Ramadan has brought us good news – a good agreement. Today we are in an important point of the development of our country, which crowns a 12-year history of negotiations with world powers on Iranian nuclear program.”

In a follow-up tweet on his official Twitter page, Rouhani said, “Today is a new chapter to work towards growth & development of our dear #Iran, a day for our youth to dream again for a brighter future.”

The Joint Comprehensive Plan of Action (JCPOA) acknowledges Iran’s right to peaceful nuclear development consistent with any other signatory to the nuclear Non-Proliferation Treaty.

“This agreement goes both ways,” Rouhani tweeted. “The successful implements of #IranDeal can dismantle the wall of mistrust brick by brick. #RouhaniLive

With all the optimism expressed, however, there remain enough areas of disagreement that the two sides agreed to extend talks between Iran and the United Nations International Atomic Energy Agency (IAEA) for the next three months as well.

“We did not expect #IranDeal to come easily,” Rouhani tweeted. “Extensive negotiations in light of mutual respect & win-win mentality were absolutely crucial.”

After a weekend of Iranians chanting “Death to America, Death to Israel” while burning the flags of both countries, however, one hesitates to believe a smiling tweet about “win-win mentality” and “mutual respect.” 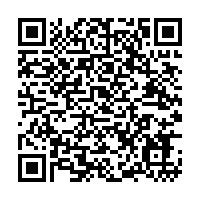