(JNi.media) The United States and three Western Countries, plus Russia and China, say they’ve reached a historic agreement with Iran to curb its nuclear program.

The deal’s general outline has been described as putting tough restrictions on Iran’s nuclear plans and setting up an inspections regime to verify that Iran is meeting its obligations. In exchange, the sanctions on Iran will be dropped, allowing Iran to sell more oil and become part of the international financial system.


But the most scant examination of the Iranian version of the deal reveals disturbing differences between it and the Western version.

Speaking from the White House, President Barack Obama said that this deal will keep Iran from acquiring a nuclear weapon.

Obama insisted the deal cuts off “every pathway” Iran has to acquire a nuclear weapon. It removes two-thirds of Iran’s centrifuges; Iran commits to avoid using its advance centrifuges for 10 years; Iran’s stockpile of enriched uranium and weapons-grade plutonium will remain limited for 15 years.

But Iran’s version of the deal, according to IRNA, says “All nuclear installations and sites are to continue their work contrary to the early demands of the other party, none of them will be dismantled.”

Obama also said the deal gives international inspectors 24/7 access to Iran’s nuclear facilities. “That means this deal is not built on trust; it is built on verification,” Obama said.

Without a deal, Obama argued, Iran would have been able to get closer to having a nuclear weapon, necessitating a military confrontation in order to stop it.

“We give up nothing by testing whether or not this problem can be solved peacefully,” Obama said, promising that the president that follows him could always go back to imposing sanctions or taking the military option.

File that under things that are easier said than done. Many Israelis will remember the Ariel Sharon administration promising on the eve of the pullout from the Gaza Strip: what’s the worst that can happen—if the Palestinians use Israel’s unilateral retreat to heat up the area, Israel could always take over again.

In fact, IRNA’s version makes a point of the fact that Iran expects Tens of billion dollars of its revenues which had been frozen over the past several years due to unfair sanctions overseas will become available.

A future president’s attempt to impose future sanctions would look a lot like closing the barn door after the runaway horse died of old age.

The president said his administration is prepared to brief Congress on every possible aspect of the deal, but warned that it would “irresponsible to walk away from this deal,” and that he would surely veto such a move.

“This deal offers an opportunity to move in a new direction,” Obama said. “We should seize it.”

In the US Senate there are probably 54 solid Republican votes against the deal. So the question is whether 13 Democrats would cross the aisle to defeat an Obama veto. A lot will depend on Senator Chuck Schumer from NY, whose take on the Iran deal will probably spell its destiny.

Secretary of State John Kerry also went into more details about the deal in Vienna, saying that it does Allow Iran to enrich uranium, but only up to 3.67 percent, which is needed for civilian—medicinal—purposes, but a whole lot lower than what is required to build a weapon.

IRNA says: “Iran’s nuclear infrastructure will remain intact, no centrifuges will be dismantled and research and development on key and advanced centrifuges such as IR-4, IR-5, IR-6, IR-8 will continue.”

Also: “The policy on preventing enrichment uranium is now failed and Iran will go ahead with its enrichment program.” 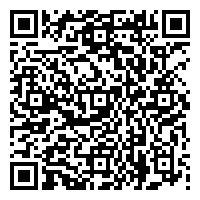