The Arab mayor of the predominantly Arab city of Nazareth has raised his voice against the recent wave of terror that he says is ruining his city by chasing away Jews.

I’ve been knee-deep in trouble. On an ordinary Saturday, 20,000-30,000 Jews visit Nazareth, and there wasn’t a Jew in the city yesterday.

They [Arab businessmen] make millions on Friday and Saturday, at least NIS 10 million [$2.6 million], and they didn’t make a cent yesterday. Restaurants were closed, businesses were closed. They came to me in the municipality and wept. We have to work several months in order to bring back commerce back to the city.


The recent escalation in Palestinian Authority violence has spread to the heart of urban areas in Israel, including Kiryat Gat, home to a giant Intel factory and a normally quiet city north of Be’er Sheva, Afula in the north and metropolitan Tel Aviv.

While Prime Minister Binyamin Netanyahu has lashed out at Palestinian Authority chairman Mahmoud Abbas for stoking the coals of terror, Arab Knesset Members have been openly inciting Arabs with Israeli citizenship. The Prime Minister has targeted MK Haneen Zoabi for investigation for violating laws, but there is no shortage of other openly anti-Jewish and anti-Israel Arab MKs.

The most vocal of them is Jamal Zahalka, who has preached against any connection between Jews and the Temple Mount, called Israel an Aparthied state and who has illegally visited the enemy states of Lebanon and Syria without being indicted.

They staged a parade, and after the parade, they left the young people, who started throwing stones and burning things….. Each time, somebody else is responsible for the destruction. We can’t have everyone coming to make a parade in Nazareth. The business owners want to demonstrate against what’s happening.

Most of the MKs want to come for the publicity, to be seen and photographed. I’m sick and tired of them. Let them do something for the benefit of the people who voted for them.

I told [MK] Ayman Udeh, ‘Get out of here. I don’t want you to come to Nazareth. You’ve destroyed my city.’

The mayor said that the violence is not only bad for his city but also “is not good for the country.”

A Ben Gurion University professor from Umm el-Fahm, the northern Israeli city that is the home to the northern branch of the radical Islamic Movement, told Israel Radio (Reshet Bet) Monday that “95 percent of the people” are against the violence.

Unlike Israeli Jews, the Arab sector is not prone to public discussion, especially when it comes to voicing different opinions and attitudes towards Israel.

Radical Islamists have filled the vacuum and have monopolized public platforms.

The JewishPress.com previously has reported that even in the Palestinian Authority, the rank and file Arabs are interested in making a living more than being part of a new Arab country where they know that corrupt leaders will treat them as third-class citizens.

However, the Palestinian Authority agenda of preaching hate and incitement against Jews for more than 20 years has nurtured an entire generation that knows nothing of the stark improvement of the quality of life after the Jordanian occupation, and as well as the Egyptian rule over Gaza, ended with the Six-Day War in 1967.

Justice Minister Ayelet Shaked said on Monday that efforts are being made to define as illegal the Islamic Movement, which in the past several years has recruited tens of thousands of Bedouin in the Negev. 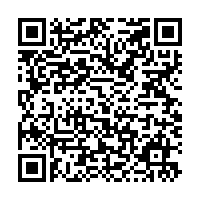