A Border Guard Police officer was stabbed by an 18-year-old female terrorist Monday afternoon in the Ammunition Hill section of Jerusalem near Ramat Eshkol.

The Arab teen terrorist was shot by police after she stabbed her victim. She first caught the notice of an officer who ordered her to stop while striding along on Rehov Bar Lev. Instead, she hurried ahead and then turned and stabbed the officer.


Wounded, the police officer nevertheless managed to pull out his gun and shoot his attacker.

The terrorist was later taken to a local hospital in fair condition.

A similar attack took place earlier in the day near the Lion’s Gate entrance to the Old City of Jerusalem.

A Palestinian Arab terrorist walked up to a Border Guard Police officer and stabbed him in the chest – but the knife struck the officer’s bullet-proof vest, which prevented any wound.

Security personnel immediately shot and killed the attacker, who has been identified as 18-year-old Mustafa Hatib, a resident of the Jerusalem neighborhood of Jabel Mukabar.

“I told him again, and he started running towards me and managed to stab one of the officers’ vests. We approached him while firing, until he fell.”

“That’s how it’s done,” said the Jerusalem district commander approvingly. “Anyone who attempts to stab a police officer or innocent civilian, that’s the mission. 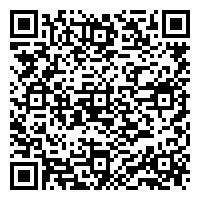