Israel on Monday clarified to the French that it continues to object to the proposed peace conference in Paris and would not take art in such an event should it be held anyway. Acting National Security Advisor and Head of the National Security Council Brig.-Gen. (ret.) Jacob Nagel and Prime Minister Benjamin Netanyahu’s diplomatic envoy, attorney Yitzhak Molcho, delivered this unequivocal message to French Special Envoy Pierre Vimont in Jerusalem.

Vimont presented France’s position on advancing the French initiative, including the convening of an international conference at the end of the year. Nagel and Molcho clarified the State of Israel’s unambiguous position – that true progress in the peace process and achieving an agreement can come only through direct negotiations between Israel and the Palestinian Authority, and that any other initiative only pushes the region further away from this process.


It was made clear to the French envoy that Israel will not participate in any international conference convened contrary to its position. Promoting such a conference will make the possibility of advancing the peace process much less likely since it will allow Abu Mazen and the Palestinian Authority to continue avoiding the decision to enter into direct negotiations without preconditions.

Israel is certain and expects that France will not advance a conference or process that contradicts the official position of the State of Israel, an official Israel announcement said on Monday. 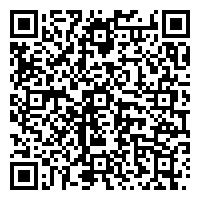