Public Security Minister Gilad Erdan has called on Apple and Google to remove a new “free to play” game from their online stores, called “Liyla and the Shadows of War.”

The minister contends that the mobile app is being used to incite players to kill IDF soldiers, by having them take on the role of a girl in Gaza during the 2014 war between Israel and Hamas, ‘Operation Protective Edge.’


The Israel Defense Forces are seen as “the bad guy” in the game, and are portrayed as particularly cruel and filled with murderers.

Erdan has warned both Google and Apple that the game could endanger the lives of IDF soldiers became of the incitement it generates. But neither company has responded to his concern.

Gaza resident Rasheed Abueida, the creator of the game, says it’s based on “actual events” and calls it a “cry for help.”

The promotional kicker line on the game’s website says, “When you live in a war zone and death is hunting everyone, things will look different and choices become harder. Face your fate in an unjust war to survive with your family from the shadows of war.”

Reviewer Rami Ismail, co-founder of Vlambeer, is quoted on the site as saying, “Liyla is a brave personal game about the invasion of Gaza, both an exploration of what games can communicate and a plea for help from someone actually affected by the reality the game sketches.”

Abueida explains on the site that he made the game because he is a father of two children, and “I can’t imagine my life without them, but in Palestine nobody is safe.

“When the war started in Gaza and I saw the images of the killed kids in their parents hands I was shocked, I had a weird feeling, it’s a combination of sadness, fear, empathy and anger. All what I was thinking of is ‘What if this happened to me.’ I have chosen to share those feelings in a game to deliver a message of how we are living as Palestinians under this situation. It’s not just a Game, it’s a case and call for help.”

The game won the Reboot Develop Indie Award in the category of “Visual Excellence,” according to the website.

Under “Resources” the site lists the Human Rights Watch “World Report 2015: Israel/Palestine Events of 2014” and the “Gaza Emergency Situation Report” released by the United Nations Office for the Coordination of Humanitarian Affairs (UNOCHA).

Neither was an example of professional objectivity.

Also listed is a link to ABC News, which leads to an article by Middle East correspondent Matt Brown, beginning with the sentence, “An Israeli military spokesman says the Israeli Defence Force (IDF) should have been able to tell that four boys it killed on a Gaza beach last week were not Hamas operatives.”

There are also two videos on the page, one from Qatar-based Aljazeera, “Israeli strike kills children on Gaza beach,” and the other, a 67-second report from a Palestinian Authority-generated news source, TOMO, “Israel-Gaza conflict: another UN school hit by Israel, at least 16 dead.”

“Facts” are graphic images of the war that are part of the game. The game uses sounds from freesounds.org, and the melodic music, “Cold” by Jorge Mendez.

The skewed way in which so many residents of Gaza and the rest of the Palestinian Authority view the events of the summer of 2014 is displayed in all its tragedy and misery in this game.

The biggest tragedy of all is the destruction caused by the vicious Hamas leaders of Gaza who used them all as human shields, who forced them into bloodshed and war, and who then prevented them from fleeing to safety even when Israel did its best to allow them safe passage out of the combat zones.

It is Hamas who has misdirected and outright stolen their supplies to create more instruments of war, rather than the homes and hospitals and neighborhoods for which they were intended. And it is Hamas who has held them hostage and prevented them from doing anything else with their lives, other than working as slaves for the cause of hatred and death, from the very youngest ages to the grave, sometimes in a collapsed tunnel, and sometimes in a teenage attempt to murder a Jew.

Understandable, and matched by the endless frustration of those on the other side of the security barrier who have done everything possible to create the reality of a reasonable co-existence with their Arab neighbors. 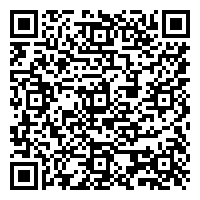