A group of Israeli Jewish social activists met Sunday with Palestinian Authority Chairman Mahmoud Abbas at his Samaria office in the PA capital of Ramallah, in the Muqata.

According to its website, the Mizrahi Democratic Rainbow Coalition is a social action group comprised of “Jews from Arab and Muslims Lands and the East.” The members attempt to affect the current public agenda and bring about change in Israeli society through independent action.


Abbas told the group the PA has been making an effort to achieve peace “despite the negative atmosphere surrounding the peace process,” according to the PA news agency WAFA.

The PA chairman told the group it was important to strengthen the prospects for peace based on the two-state solution, the news agency reported.

According to the MDRC website, the group is active in four areas: land, employment and unemployment, education and coalition activity.

It is not clear whether the visit to Ramallah was first cleared with the office of Prime Minister Binyamin Netanyahu, or not. 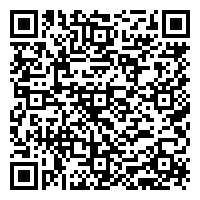