If there is one tradition that Moroccan Jewish Israelis wait for at the end of the Passover holiday, it’s the sweet pastries and music that mark the traditional ‘Mimouna’ celebrations.

One does not have to be Moroccan to attend a Mimouna festival, of course — but it helps to at least have a Moroccan acquaintance to steer you in the right direction.


Prime Minister Benjamin Netanyahu and his wife Sarah went straight to the Dahan family home in Yavne to tuck in with delicious mufleta, a special Moroccan pastry.

“We’ve had a peaceful and joyful holiday, thanks to the IDF soldiers and the Shin Bet (domestic intelligence agency) who kept us safe, and thanks to the government led by the Likud party,” Netanyahu said.

The prime minister’s host, Attorney Meir Dahan, said prior to the celebration that he was expecting “over 2,000 people,” according to the Hebrew-language Ynet site.

“We’ve invited people of all ethnic groups and all nationalities,” he said. Defense Minister Moshe Ya’alon and Knesset Speaker Yuli Edelstein were also expected to arrive at the Dahans’ celebration as well.

“I’m glad that the Moroccan ethnic group was able to turn the Mimouna into a national holiday in which we open our homes to the entire nation of Israel,” Regev said. “The abundance and the hospitality of this holiday lead to unity and joy among the people of Israel.”

Regev was joined by Public Security Minister Gilad Erdan, who thanked the thousands of police officers who were out on the job throughout the holiday. “Even now, during the Mimouna, they’re out on the streets of Israel protecting us,” he pointed out.

For those who are still trying to figure out how ‘Mimouna’ connects with Passover, the tradition dates back to Rabbi Maimon ben Yosef, the father of Maimonides, the RaMBaM, who passed away on the day after Passover, and who was greatly revered by North African Jewry in particular.

Another tradition, also traced back to the Jewish communities in Morocco, derives the Mimouna from the Hebrew word “emunah” – faith or belief – reflecting the faith not only in the past redemption from Egyptian slavery, but also that which will come through Moshiach (the Messiah) in the future during the Hebrew month of Nisan, during which Passover falls. 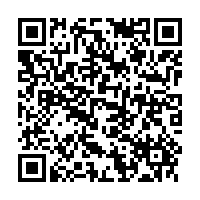