Israel’s Ambassador to the United Nations Education, Science and Cultural Organization (UNESCO), Carmel Shama Hacohen, has been recalled to Jerusalem “for consultations.”

Prime Minister Benjamin Netanyahu recalled the envoy on Wednesday as a protest in response to the vote by the organization’s World Heritage Committee approving its latest resolution erasing the ancient historic Judaic ties with Jerusalem.


“The theater of the absurd continues, and I have decided to invite Israel’s ambassador to UNESCO back to Israel for consultations. We will decide what to do and what follow-up measures will face this organization,” Netanyahu said Wednesday night in an address at IDC Herzliya.

The 21-member Committee passed the resolution, proposed by Tunisia and Lebanon on behalf of the Palestinian Authority and Jordan, with 10 votes in favor of the measure — only the Muslim nations, plus Cuba and Vietnam. The PA and Jordan didn’t vote, as neither is a committee member.

The resolution denies any Jewish connection to the Temple Mount and the Western Wall, and any other sacred site in the holy city.

Only two member states opposed the resolution, which barely passed with less than a majority in a secret vote that was forced upon the committee in a surprise move by Croatia and Tanzania. Eight states abstained. One member was absent from the room and the remainder submitted blank forms. 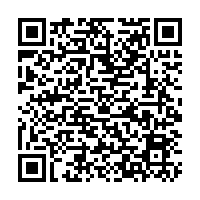