Sunday night (Sept. 7) saw another round of intifada violence in Jerusalem as screaming hordes of Arabs went on rampages in various parts of the city — one gang destroying a gas station, others hurling rocks and ambushing motorists traveling around the capital.

Dozens of Arab rioters torched a “Menta” gasoline station in the northern Jerusalem neighborhood of French Hill late in the evening. Miraculously, no one was physically injured in the melee, which completely destroyed the station in the quiet neighborhood. “I was lucky to get out of there alive,” the counter man told an interviewer on Army Radio. “Thank God no one else was in the store at the time.”

Some 40 screaming, rioting Arabs yelling “Allahu Akbar!” (God is Great) hurled rocks and smashed everything in sight. The little convenience store at the gas station was also badly damaged.

According to a report on Voice of Israel public radio, no arrests were made.

Masked terrorists also hurled rocks – again – at the Jerusalem Light Rail as it passed through the nearby neighborhood of Shuafat. No one was physically injured, although passengers were traumatized. Miraculously, none of the cars were damaged this time.

The CityPass company managing the line has been threatening to cut off service to the northern neighborhoods in the capital. Thus far the firm has kept the line going as a courtesy to the innocent commuters and students living in Beit Hanina, Pisgat Ze’ev, Neve Ya’akov and other neighborhoods. But the train is losing more passenger cars each day to the violence, and the line is rapidly becoming a losing enterprise as a result. More than a third of the Light Rail cars have been forced out of service, damaged by rioting Arabs.

Also on Sunday night, Israeli motorists and police found themselves dodging road terror attacks as Arabs hurled rocks along the roads in Issawiya and A-Tur. Both are suburbs of Jerusalem, along the northeastern outskirts. Two drivers were wounded in these attacks; both are in good condition. But just a few weeks ago, a Hebron Hills driver was left in critical condition from a similar attack. In September 2011, a Kiryat Arba father and his baby son were murdered in such an ambush.

Israeli media have linked Sunday’s violence to the death of an Arab teenager who died of wounds sustained a week earlier while rioting elsewhere in the capital. The teen was allegedly shot by Israeli police who were faced by a screaming mob of Arabs out for their blood, hurling rocks and firebombs (Molotov cocktails).

Jerusalem Mayor Nir Barkat meanwhile has condemned the rioting and told reporters he was in contact with police officials. He called for a “heavy handed response” and pledged the assistance of city hall as necessary.

But regardless of this week’s pretext for the violence, the rising number of incidents and the escalating level of violence by Arabs in Jerusalem and elsewhere in Israel is just not okay.

It’s unacceptable behavior. Tragedy cannot be an excuse for mass rage. Twice so far the Arabs have used it as a pretext to trigger a nationwide intifada in this country.

Extremist, radical Islamists also used the same excuse to launch mass violence around the world, pretending it had something to do with their faith — which it doesn’t, and never did. It was simply a pretext to quench the extremist Islamist thirst for blood.

The Islamic State is doing the same thing right now.

Any hesitation on Israel’s part, any delay in an unequivocal, concrete response sends a message to local Arab thugs, their provocateurs, the Arab political leadership and the international community beyond that such violence can and will be tolerated in Israel.

This is truly dangerous to all Israeli citizens — here and abroad. 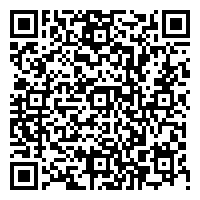