Russia is moving in to train with Egypt in military strategies, equipment and personnel and build a closer relationship towards the goal of “helping” in the fight to contain and trim back terrorists in the northern Sinai.

Towards that end, Russia and Egypt are set to carry out their first-ever joint anti-terror military exercise “in a desert environment. The joint paratroopers’ drill in Egypt is to involve six air fields and 15 aircraft and helicopters for various purposes, in addition to 10 combat vehicles, according to the Russian Defense Ministry.


Russian airborne troops are to be sent to the north of Africa on an Ilyushin Il-76 aircraft in mid-October, the ministry told the English-language edition of Gazeta.ru. “Special attention is given to the knowledge of the customs and traditions of the Egyptian people”, the Defense Ministry said.

According to the report, Russia will work together with Egypt on developing “a common approach to encircling and destroying illegal armed formations in a desert environment.”

Russia contends that Egypt has lost control over the northern Sinai, which has become a terrorist stronghold, and is “no longer able to count on Washington’s support in this matter.”

Professor Vladimir Isayev, based at the Institute of Asia and Africa at Moscow State University, says he believes that if the terrorists now operating in northern Sinai attempt to expand their territory, the [Egyptian] army would like to count on Moscow’s support. “It is unlikely that it is paratroopers that will participate, but as for the Russian Aerospace Forces, it is quite likely.”

Israel and Egypt have been working together to fend off attackers and prevent large-scale terror attacks from these groups for some time. So it’s not yet clear what response the Israeli government may have to this latest new development, especially given the outcomes of Russia’s “assistance” to the regime of Syrian President Bashar al-Assad.

Moscow analysts do not expect the United States to respond to the drill, nor to the Egyptian purchase of Russian-equipped French helicopters. “Egypt is a strategically very important country for the U.S.pointed out Semyon Bagdasarov, direcctor of the Moscow-based Center for the Study of the Middle East and Central Asia. He added that America’s relationship with Israel and U.S. treatment in the Middle East is likely to depend on Egypt. “Plus, control of the Suez Canal,” he said. 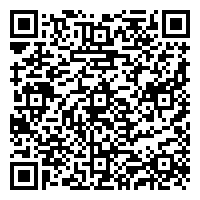