And while a generation of failed IDF generals were struggling to make an insane strategy succeed, Mattis wrote: “Other critical warfighting principles […] were overlooked or neglected in favor of EBO operating principles designed to create a ‘consciousness of victory’ for friendly forces and a cognitive perception of defeat’ for enemy forces. […] EBO proponents within the IDF came to believe that an enemy could be completely immobilized by precision air attacks against critical military systems and that ‘little or no land forces would be required since it would not be necessary to destroy the enemy.’ This type of thinking runs contrary to historical lessons and the fundamental nature of war.”

The doctrine, Mattis concluded, was “fundamentally flawed. And must be removed from our lexicon, training and operations. EBO thinking, as the Israelis found, is an intellectual ‘Maginot Line’ around which the enemy maneuvered. Effective immediately [we] will no longer use, sponsor or export the terms and concepts related to EBO.”


Round of applause, please! Israel needs an army that wins wars by killing as many enemies as it can, hitting them where they hide – and not an army that’s carrying out police functions, manning check posts in a civilian area which has been under martial law for 49 years. In light of General Mattis’ clear-eyed, no-nonsense thinking, he will very likely approve a plan that turns all of Judea and Samaria in a civilian territory, governed by police, while the army is sent back to its barracks to train for killing the enemy.

It’s well worth a try. 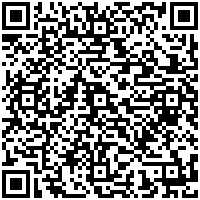