According to a statement released by the group, 40 volunteers in the Jerusalem district have signed up for the first session of courses. Both volunteers and patients regularly encounter difficulties communicating across cultural lines in life-threatening situations, limiting MDA’s ability to provide a full range of service where language barriers exist.

“I am proud of our volunteers and employees who are constantly focused on improving the medical care we provide around the country and the world. Every one of them is guided only by the principle of saving lives,” said MDA National Director Eli Bin.

The course in spoken Arabic, proposed by MDA medic Ziad Ja’adla, began in early February and will continue once a week during the academic year. Instruction is provided by Dialogue Jerusalem, a not-for-profit dedicated to increasing dialogue possibilities between Jewish and Arab Jerusalemites.

“There is a great need for medical professionals who really care about the entire population of Jerusalemites and want to carry out their duties faithfully and to help as much as they can,” said a spokesperson for Dialogue Jerusalem.

“Expanding our knowledge of languages opens up doors to understanding new cultures and contributes to an collaborative atmosphere between the sides.” 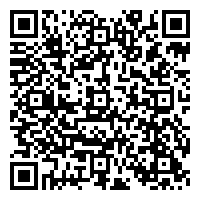