An existential battle raged Saturday night between government troops and opposition forces for control over the Handarat Arab refugee camp on the northern outskirts of the Syian city of Aleppo.

Regime loyalist troops and its allies seized control over the camp on Saturday, according to Reuters journalist Tom Perry, but opposition forces counter attacked at nightfall.

Hundreds of thousands of Syrians have died since the start of the war in March 2011, and approximately 11 million others have been driven from their homes. A fragile ceasefire worked out two weeks ago between the United States and Russia lasted barely a week. Syria’s regime forces announced an end to the truce nearly simultaneously with a ferocious attack on a United Nations humanitarian aid convoy that was to be allowed to deliver desperately needed food and medical supplies to east Aleppo last week. At least 20 civilians, including a Syrian Arab Red Crescent (SARC) medical staff worker, were killed in the assault for which neither side has been willing to take responsibility.

But that attack unleashed a storm of fury at the United Nations and among humanitarian agencies, not least of which included those that were attacked. In a statement released last week following the massacre, the SARC and International Committee of the Red Cross (ICRC) said they were “outraged by [the] horrific attack on a SARC warehouse and an aid convoy in Orem Al Kubra in rural Aleppo…. The attack deprives thousands of civilians of much-needed food and medical assistance. We’re totally devastated by the deaths of so many people, including one of our colleagues, the director of our sub-branch, Omar Barakat.

“Syria is one of the most dangerous conflicts for humanitarian workers in the world. During the past six years, 54 staff and volunteers of SARC have lost their lives whilst carrying out their duties.”

According to a UN official quoted by the Associated Press, nearly two million people in the northern part of Aleppo are currently without running water; the pumps were destroyed in one of the air strikes.

A report by the AFP news agency described scenes in eastern Aleppo of “pools of blood and shredded bodies on the streets” and said the city has been “reduced to an apocalyptic battlefront.”

At least 100, possibly more civilians, including women and children, were killed and hundreds more injured in intensive air strikes that are being described by international reporters across the board as a massacre. Photographic tweets showing the result of the air strikes have been deemed too graphic for our readership and so are not included here.

Some 200 air strikes have pounded the city since Friday, according to the Syria Civil Defense volunteer emergency medical group. At least five members of the group, also called the White Helmets, were injured in one of the air strikes, according to CNN. One is in critical condition.

A spokesperson for United Nations Secretary-General Ban Ki-moon warned Saturday that the use of bunker-buster bombs, incendiary weapons and the intensive air strikes that had taken place in densely populated areas such as Aleppo may amount to war crimes.

“The secretary-general is appalled by the chilling military escalation in the city of Aleppo, which is facing the most sustained and intense bombardment since the start of the Syrian conflict,” the statement said. “The secretary-general considers this a dark day for the global commitment to protect civilians,” Ban’s spokesperson said. 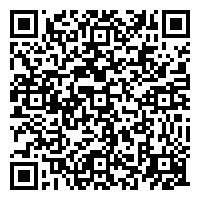