Likud Minister Yuval Steinitz, accompanying Prime Minister Benjamin Netanyahu on his trip to the U.S., told Israel Radio Tuesday morning that Israel’s position both regarding the peace negotiations with the Palestinians and the Iran question are receiving wall-to-wall support in Congress.

According to Stenitz, the leaders of the Senate and the House understand that the main hurdle before the peace process is the Palestinians’ refusal to recognize the right of the Jewish people to their own country, and their terrible incitement against Israel.

According to the Washington Post, after his conference with Obama, Netanyahu met with House Majority Leader Eric Cantor (R-Va.) on Capitol Hill. Cantor said the Palestinians must “accept Israel’s right to exist as a Jewish state” and “uniformly and aggressively” combat terrorism while confronting, not condoning, “incitement against the Jews.”

Steinitz added that the Palestinian demand for a freeze on settlement housing starts, as well as their insistence on prisoner release in exchange for extending the negotiations are simply not part of the discussion.

Leftist party Meretz Chairwoman Zehava Gal-On told Israel Radio that the settlement freeze would serve Israel’s interests more than it would the Palestinians’.

Labor MK Nachman Shai argues that the Ukrainian crisis is not diverting the world’s attention away from Israel and the peace negotiations, and is not improving Israel’s political situation.

But, despite MK Shai’s note to the contrary, AP reported that Secretary of State Kerry left Monday for the Ukrainian capital. The European Union’s foreign ministers, meantime, issued a Thursday deadline for Russia President Vladimir Putin to pull back his troops or face a rejection of visa liberalization and economic cooperation negotiations long in the works.

And the White House said Obama met for more than two hours Monday night with the National Security Council, including Secretary of State John Kerry and Defense Secretary Chuck Hagel, to discuss what steps the United States can take with international partners to further isolate Russia and persuade it to de-escalate the situation.

So, for now, nobody is pushing the 2-state thing. Maybe wait until after the Russian occupation… 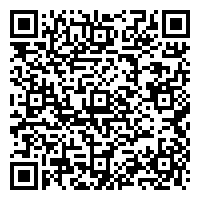